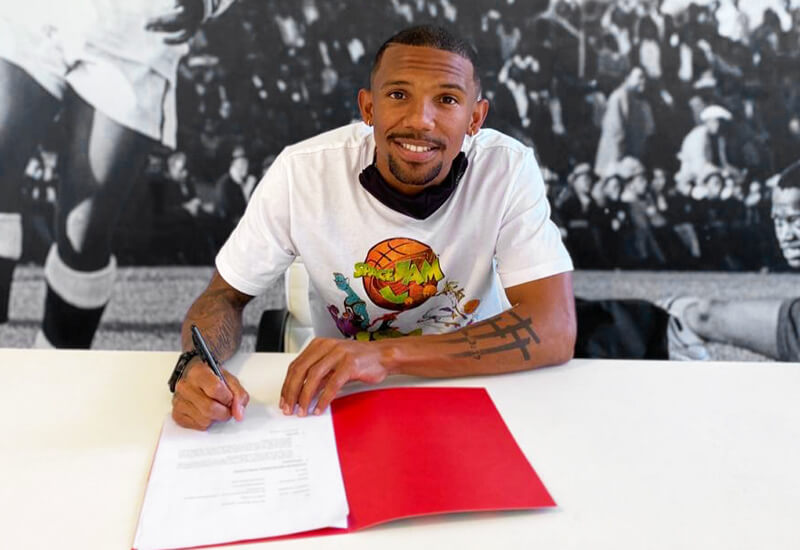 Orlando Pirates Football Club is pleased to announce the signing of Wayde Jooste on a three-year deal.

Jooste, who has played for Bloemfontein Celtic, Golden Arrows and Highlands Park, joins the Buccaneers as a free agent.

“I am happy to have joined Orlando Pirates,” said the right back. “This is an opportunity I look to grab with both hands."

"I know everybody says this is a dream come true but before I started playing professionally my father and I supported Orlando Pirates. Whenever we played against Pirates it felt special because I felt I was getting closer to my childhood dream".

Born on 27 September 1991 in Port Elizabeth, Jooste is a player who fits the profile of the modern day right back.

Jooste began his professional career in the 2013/14 season for Phunya Sele Sele where he played for three years before moving to the coast to join Golden Arrows.

His debut for Abafana Bes’thende was against Orlando Pirates in 2016. Jooste would go on to play for three seasons at Arrows before moving on again, this time to Gauteng where he joined Highlands Park at the start of last season.

He has recorded a total of 86 appearances in the league (98 in all competitions) so far in his career.

Now he joins the Buccaneers where he will have a chance to wear the Orlando Pirates jersey.

"Today I find myself playing for the club that I not only support but a club that even my home boy Daine Kate also played for", added Jooste.

TAXPAYER EDUCATION UP AND RUNNING