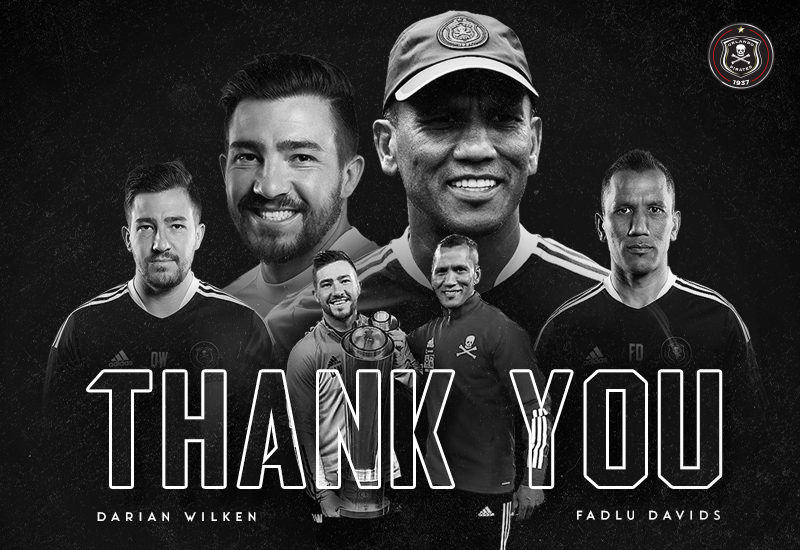 Orlando Pirates Football Club can confirm that it has parted ways with Coach Fadlu Davids.

Davids – 41 who joined the organisation in 2019 as an Assistant Coach, will leave the Club upon the expiration of his contract at the end of this month.

Ever professional and always disciplined in his approach, Mr Davids leaves the Club having performed his duties in an exemplary manner.

Mr Wilken has expressed his intention to head into coaching which is a decision the Club respects and supports. There is no doubt that he will be an asset to the South African football industry one day.

On behalf of the Club, we would like to wish both Mr Davids and Mr Wilken all the best in their future endeavours.