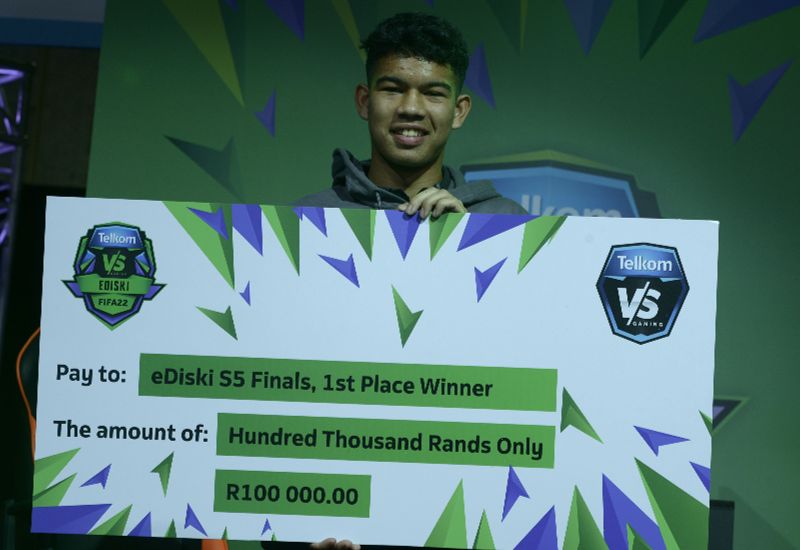 After months of qualifiers, last weekend was the time for the best four qualified players to face each other in Africa's biggest (Local Area Network) LAN tournament of the year, the VS Gaming eDiski Season 5 Finals, which took place at the Comic Con Africa Festival in Johannesburg.

Riaasat - a two-time VS Gaming eDiski winner - and Aasim were representing the Pirates eSports team in the Finals, versus Bravado representatives Masoom and Ubaid, who had just left the Buccaneers in the two semi finals.

After a very impressive win versus his previous teammate Ubaid in their last-four encounter (4-0, 4-0), it was time for Aasim to face Bravado's star Masoom in the grand final on the Comic Con VS Gaming main stage, in front of a very enthusiastic crowd.

The 18-year-old managed to handle the pressure of the event perfectly and registered two wins in as many games in this best-of-three encounter (4-0, 1-0), winning the biggest title of his eSports career so far and collecting R100 000 as prize money for his effort. Teammate Riaasat finished fourth at the event, adding a R10 000 cheque to his earnings.

A great way to finish FIFA22 for the Buccaneers, and a great motivation to start FIFA23 on a good note.