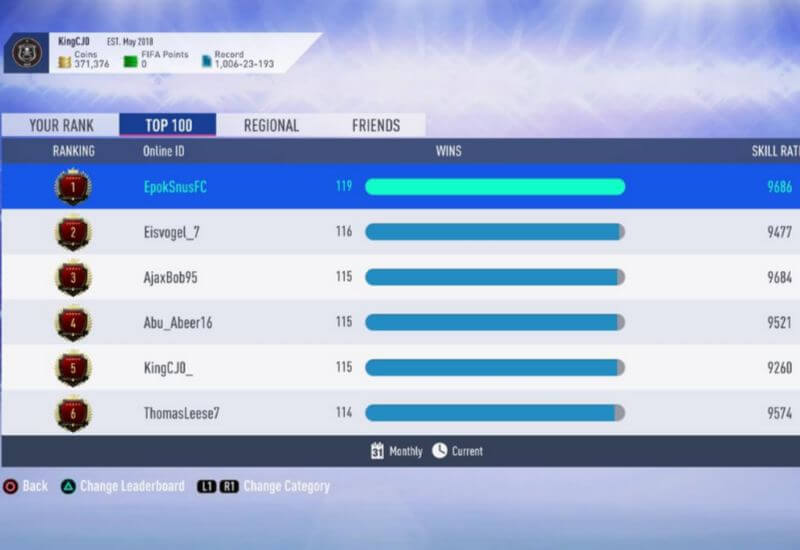 With his 115 wins from 120 games played, Pirates starlet Mohamed Diop dominated the FIFA Ultimate Team ROW rankings, where he was the number one PlayStation player across the Africa/Oceania/Middle East Conference, thereby catapulting himself to 9th on the World table at the end of February.

@Pirates_CJ0 makes his second appearance in the World's Top 10, which in itself is a fantastic achievement for a player from the African continent.

His teammate Nicholas James, digitally known as @Pirates_Nic, finished #53 in the Africa/Oceania/Middle East rankings for the month.

Overall, it was a good month for the Pirates eSports PlayStation players, who are on track to qualify for a FUT live event for the first time in March, amid their constant struggle against massive lags due to red connections from the South African EA servers.