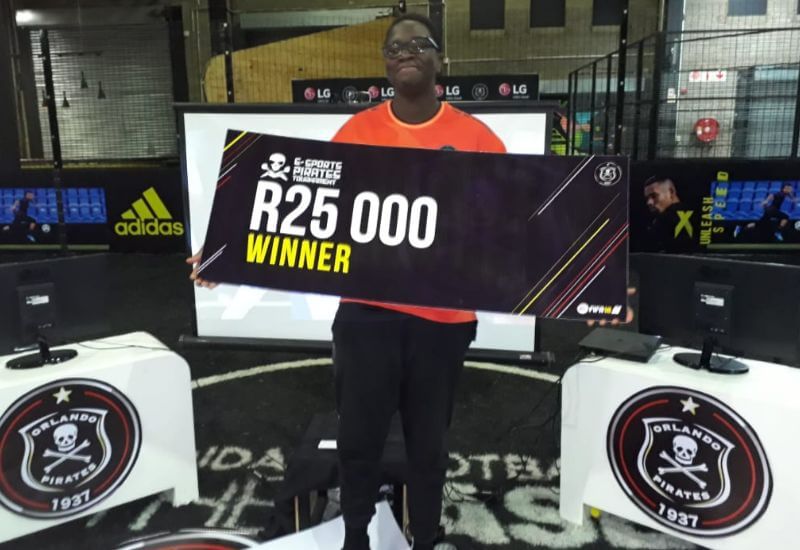 On the weekend of 22 and 23 July, some of the best FIFA18 players in the country competed in the newly launched Orlando Pirates e-League tournament, held at adidas TheBase in Johannesburg.

Following two phases of qualification, both online and in a live qualifier event, the top 32 players took a crack at the competition prize money of R40 000.

The Pirates e-League tournament is the 2nd biggest tournament in SA after the VS Gaming competition.

Seven of the 10 Pirates eSports players made it to the knockout stages, which proved an even tougher proposition as only @Sattar1STR, @8zaidy8, and eventual winner Mohamed Diop, known as @KingCJII, made it to the quarterfinals.

The ever consistent Diop made his way to the final, where he faced the in-form Julio Bianchi of Goliath Gaming in what would be a repeat of the Rush Tournament finals where both players contested the honours.

In a reversal of fortunes, it would be Diop who would raise his control pad in victory as the final whistle blew, crowning @KingCJII with the title, a R25 000 cheque, and a brand new LG G6 smartphone courtesy of LG Electronics SA.

The Pirates e-League tournament, brought to you by PlayStation, results are as follows: