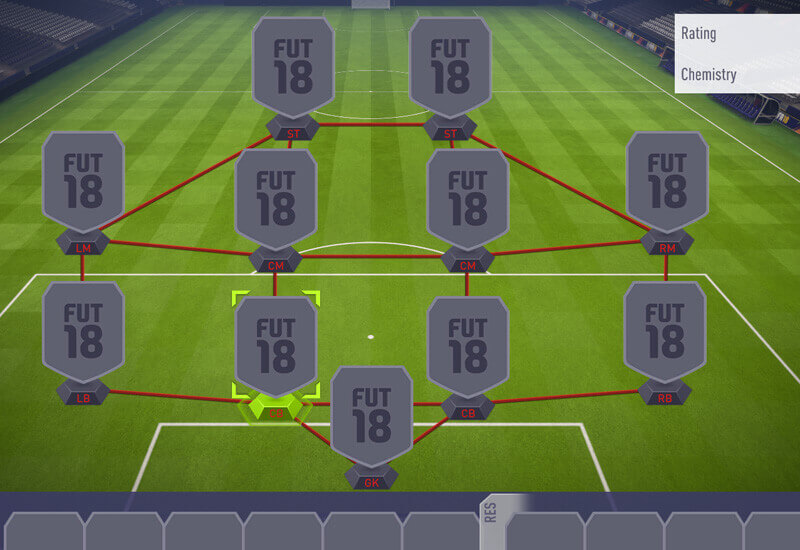 The newly launched Orlando Pirates eSport team is made up of 10 players who will ply their trade (digitally) on the best selling EA Sports franchise FIFA 18.

Better known as DaWeiSauce, the 24yr old Masters in Economics student is an avid gamer & the resident techno geek in the group. A regular in the eTournament space, Weiming has featured in the FIFA Interactive World Cup (FIWC) semifinal, the Rush Grand Finals and the VS Gaming Finals.

His style of play focuses on quick passing & counter attack with a preferred formation of 4-3-2-1. His short term goal is to crack the Top 16 of the FIFA Ultimate Teams (FUT) Regionals

The softly-spoken Senegalese-born player is one of two youngsters in the group, but don't mistake his quiet demeanor as a weakness. The sheer intense focus of the guy we fondly know as 'Clumsy' proved a valuable asset as he placed 3rd in our seeding tournament recently held at the adidas Base.

'Clumsy' takes his time in measuring his opponent with his patient build-up in a 4-2-3-1 formation. A humble & very respectful lad, Diop puts in a regular 4-hour shift over weekends (but only after homework, mom!)

They say 'dynamite comes in small packages' and there is nothing truer when describing Zuhair. A regular in the gaming space and no a stranger to the big time, Zuhair will look to build on his experience of winning the 2017 VS Gaming tournament as he takes on the next big challenge of his gaming career.

The dual console player holds numerous records and accolades in the gaming space and has the single focus of taking his well established defensive capability, and deadly midfield trio all the way to the FIWC in 2018.

The semi-finalist in our FIFA 18 tournament at the adidas Base, 'Mo' is the second of our young eSport team members. As his gamer tag will tell you, he is @Unfaizdd with competing at a higher level thanks to his high pressure attacking game that has put many on the backfoot.

Mo is looking to take his gaming to the next level and has a big wish to become a full time professional gamer and make his living off it (and for the benefit of his parents, we'll add that his studies won't have gone to waste...in case the Gaming doesn't work out!)

For those of you who don't know Johannesburg, Linbro Park is an area synonymous with factories and warehouses but it also provides the perfect setting to hone your FIFA craft, more especially when you play with a narrow 4-2-2-2 formation.

Shuaib is one of the most laid back guys you will ever meet, and his easy approach and demeanour comes through in his gameplay as well, where he likes to knock the ball around and frustrate the opponent before going in for the kill. An avid online gamer, his big dream is to play in the Electronic Sports World Cup (ESWC) and the FIWC.

Sattar was a finalist at the adidas Base recently, being narrowly pipped to the post by Tebogo Mathopa (his teammate) in a tense final over two legs. His possession game in a 4-1-2-1-2 formation proved a thorn in the side of many an opponent as he swept his way through the 2016 & 2017 ESWC qualifications.

The Manchester United fan, Sattar has hopes to become an FIWC champion and he balances his time between training times and his vehicle towing business in his hometown.

Tebza is one of two budding footballers in this group who will need to put his on-field wits to the est when he takes on the on-screen world. Ever the footballer, his preferred formation is a 4-3-3 that focuses on a quick attack. Not much of an online gamer, he surprised many at the adidas Base when he rose to the top of the mountain and won the tournament that the Club hosted in building this current team.

Tebza has the dream to turn professional, though it remains to be seen whether it's on the field or on the screen. He finished a commendable 3rd place at the VS Gaming Festival and booked his ticket to the seeding tournament that sees him where he is today.

'Gaming knows no bounds' and Kyle is testament to that. He certainly puts in the mileage, with his commute between Witbank and Joburg (and also the 3 hours a day + 5 hours on weekends!).

Kyle is a the resident fashionista, forever pushing the latest threads in the footwear and headwear game. His aim is to grow as a player and win as many tournaments as he can.

The 2nd of our footballers, Zaidy comes into the side as The Captain's Pick (no pressure!). The self-confessed #9 will have to put all his strikers' instincts to the test as he joins what is a highly competitive and motivated group.

Zaid is equally comfortable across both consoles and is an avid online gamer. He comes into the side having racked up more than 13 championship titles on the virtual pitch.

The Pirates eSports captain, Abu, is no stranger to the eSports arena currently ranking 56th in the world. Our experienced pilot has competed internationally waving our country’s flag high since 2006.

Wearing jersey #22 this season, Abu has the task of managing, arguably, 9 of the best FIFA players on the continent, we wish him the best of luck.