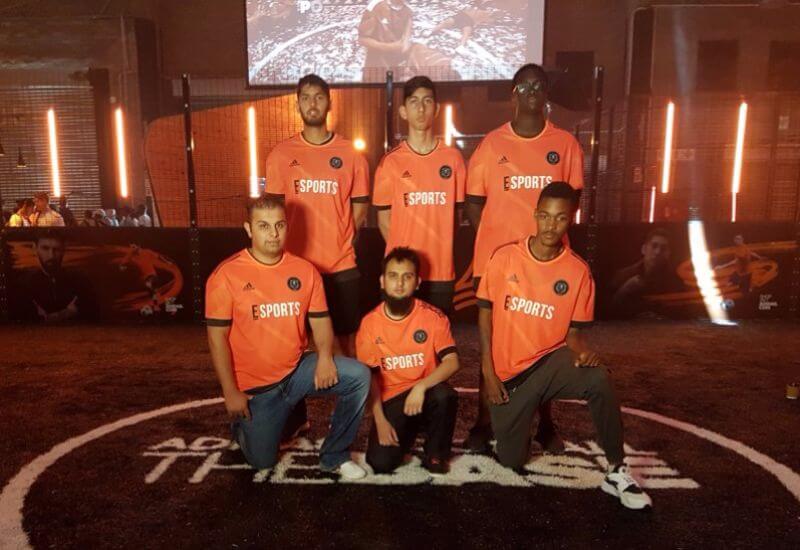 The pressure was on earlier today as the Pirates eSports Team contended with 58 of Joburg’s finest FIFA18 players at adidas TheBase in Sandton. The MaingamingSA tournament saw all 64 players contest in a series of knockout rounds to determine the ultimate FIFA18 champion.

The Pirates eSports stars all started out strong and comfortably made their way into the Top 16 with @UnFaizdd claiming the highest score line victory of 11-0. Competition became tough as tensions rose testing each player’s skill, composure and ability to triumph. Only two of the Pirates gamers placed in the Top 4, both being each other’s opponent. The grueling semi-final ended with @Shuaib07 defeating @Sattar1str in both his Home and Away games.

Our #7 @Shuaib07 met with the tournament’s defending champion Zaahir Laher in an awesome final. Zaahir was the first to score within just a few minutes of kick-off silencing the rest of the Pirates team. It didn’t take long before @Shuaib07 pulled one back finishing the first half with a tied score. After a quick team talk, @Shuaib07 was ready to get the second half underway. He annihilated. Laher stood little chance towards the end having conceded another 4 goals to end the game in favour of our Pirates @Shuaib07 5 goals to 1.