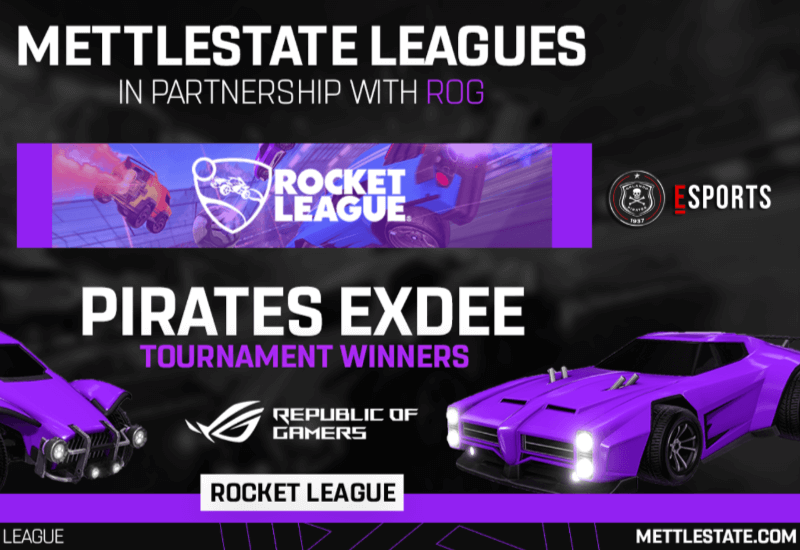 The Orlando Pirates Rocket League team, in partnership with Exdee Gaming, continued to show their dominance in the South African eSports scene this past weekend in the August leg of the Mettlestate League.

After defeating Doomsee Boys, arguably one of the top 3 teams in the country by a score of 3-0 in the first round, the Buccaneers registered another emphatic 3-0 win this time against Expythons to qualify for the semi finals of the twelve team tournament.

The semi final clash against iEnvy Gaming was one to look forward to between the two best teams in the country. The Pirates boys certainly played their best series of the tournament, taking it in a sweep without conceding any goals in the 3 games, in what is called a "perfect series" in Rocket League.

The Buccaneers met Doomsee Boys again in the Best of Seven Grand Finals, with a 4-2 win to claim the tournament win, and confirm their position as #1 Rocket League team in South Africa.