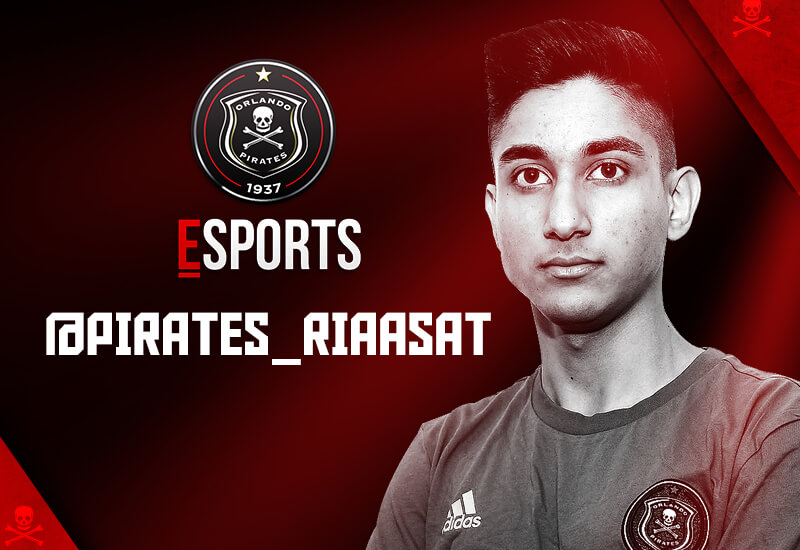 After eSports Pirates Captain Abu's triumph last weekend on the Xbox console, it was the PS4 Top 16 players' turn to face each other in Africa's biggest kickoff tournament of the year, the VS Gaming eDiski 2020 Finals.

After a perfect run beating, amongst others, SA's best PS4 player Julio Bianchi, and his fellow teammate Ubaid to reach the Grand Final, Riaasat came out to face Victor, who managed to win the lower bracket finals.

A very tight encounter between the two Buccaneers saw Riaasat beat Victor 4-3 on aggregate and win the biggest title of his FIFA career so far, collecting R100 000 as prize money for his efforts.

A great double for Pirates esports to end the FIFA20 season on a high, and a great motivation to inspire the whole team for the FIFA21 season.