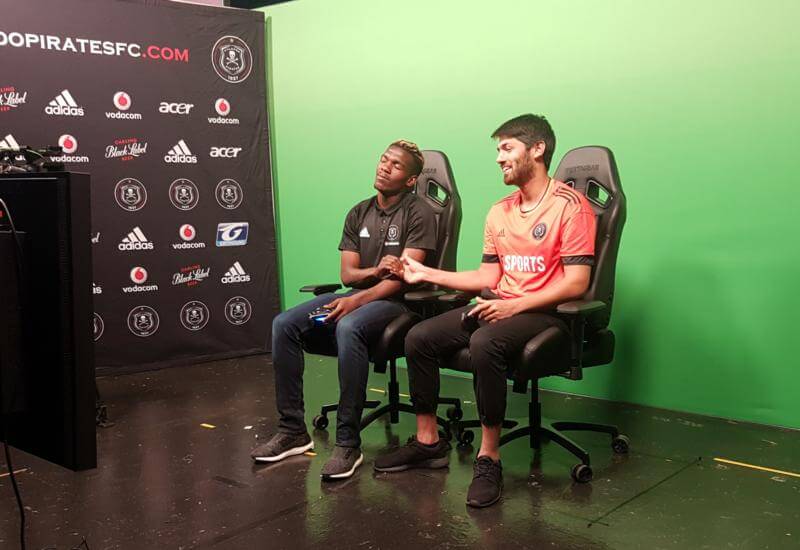 The event proved to be quite the spectacle as Orlando Pirates’ Thabo Rakhale and Nkosi proved their mettle in a different form of the sport as they took on the Pirates eSports counterparts at their game – FIFA18.

The first semi-final witnessed a tough fixture between Thabo Rakhale and @ZaidyPatel. Rakhale was the first to score which convinced @ZaidyPatel to relook his strategy and make a few formation changes during half time. These minor tweaks changed the game as @ZaidyPatel would soon convert two goals in close succession to end the game and win the round 2-1 thereby knocking Thabo Rakhale out of the competition.

The second semi-final was one for the books. Ayanda Nkosi took on arguably one of the best players in the Pirates eSports team and reigned victorious as he came from a goal down to win 3-2. This moved Nkosi onto the #PiratesPlayoffs Final to face @ZaidyPatel.

The final was a tightly contested affair with neither Nkosi nor @ZaidyPatel giving the other a sniff at goal. The half ended goalless.

@ZaidyPatel proved his class in extra time as he stormed to a 6-3 win over Nkosi to claim the Pirates FIFA18 Championship Title.

The #PiratesPlayoffs Finals were streamed live and exclusively to PiratesTV on YouTube and is still available for viewing in case you missed the action.