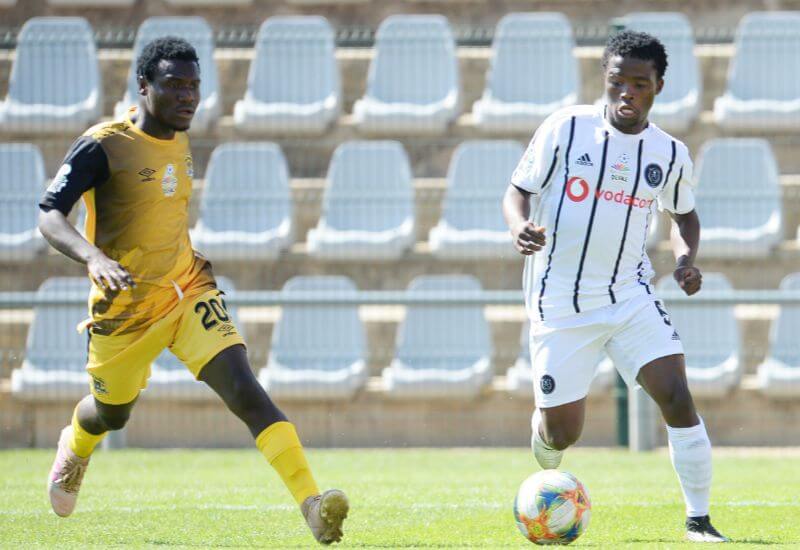 Orlando Pirates made it two wins in as many matches in the Multichoice Diski Challenge (MDC), beating Black Leopards 1-0 at Rand Stadium on Saturday morning.

The victory doubled the Buccaneers’ points tally, as they continued where they left off after their previous win on the opening weekend of the competition.

Smiso Bophela, goal scorer in the victory over Usuthu, was in on the action early on, as he required attention from the Leopards defence with two shots at goal in quick succession inside the first 10 minutes of play.

Lesiba Mahlong continued to impress in what was his second game in Bucs colours. The new man fashioned one of the best chances in the opening exchanges when he connected with a cross from the left but his header was off-target, as he watched agonizingly as it sailed over the bar.

It wouldn’t take long before another chance fell his way but his shot was blocked, as the hosts asserted their dominance on the game.

Despite the Buccaneers taking firm control of proceedings, there was to be no change to the scoreline with the two teams going into the break deadlocked at 0-0.

Lidoda Duvha started the brighter of the two sides in the second half, making more forays into the Buccaneers half.

With all their intent, the breakthrough would come from the other end, with Lehlohono Sepeng grabbing the opening goal in the 50th minute. A positive attack down the flank saw ‘Shorty’ profit from the space created, bringing down the ball and firing home.

The goal seemed to have sparked the hosts into life, as they rediscovered their dominance from the first half with Mahlong and Lethabo Mazibuko both getting close to doubling the lead.

On more than one occasion, Sepeng could have had a second when he first forced a save off the keeper, before striking the post.

The second goal would prove elusive, but it wouldn’t affect the result as the referee blew the final whistle. Sepeng’s solitary strike was enough for the Buccaneers to keep the points secured on home soil.