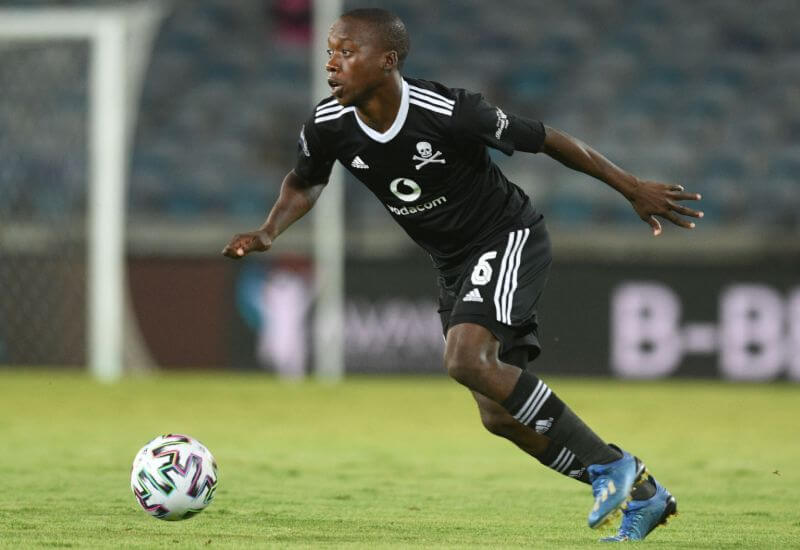 In cricket terms, bringing up a half-century means the player has stuck around for a while and made a notable contribution. It's a similar case for Orlando Pirates midfielder Ben Motshwari, who clocked 50 league appearances for the Club.

For the 29-year-old, who joined the Club in 2018, the milestone has come in quick time, testament to how important a player he's been in the first team. Motshwari brought up his 50th league appearance in Buccaneers colours when he featured against Chippa United on Wednesday night at Orlando Stadium.

After the fixture, which ended 1-0 in the Soweto Giants’ favour, he spoke exclusively to Orlandopiratesfc.com, reflecting on the past performances as well as opening up on his future ambitions with the Club.

You've approached 50 league appearances for Orlando Pirates, is this something you were aware of?

Having been at the Club as long as you have, is there a performance you look back on fondly?

BM: There are plenty of games where I've played well, but that one against Esperance was special. Especially with it being in the CAF Champions League.

As one of the more experienced players in the first team, do you consider yourself as one of the leaders?

BM: I wouldn't necessarily say I consider myself one of the leaders. There are still plenty of leaders amongst the guys, you know... Happy Jele, Nyauza, and now recently, we have Thulani Hlatshwayo. But I'm learning a lot from these guys. They have been leaders for so many years. For me, it's about learning from them and striving to be a better leader.

You've had a relatively good start to the season, both on a personal level and the team as a whole. How happy are you with how things have gone so far?

BM: This season, the positive thing that I can take out is that I haven't gotten injured yet. Last season and the season before, I had injuries in the beginning of the season. But now, thanks to our conditioning coach, fitness coach and the technical team as well, the load for the players is well-managed. I think that's going to be really important this season.

Lastly, what do you hope you can still achieve during your time with the Club?

BM: The MTN8 victory was a big morale booster. Not just for the players, but the supporters as well, especially for the Club, because the Club had not won anything for six years. It's for us now to try and add to that. This season, we have the squad to do it.