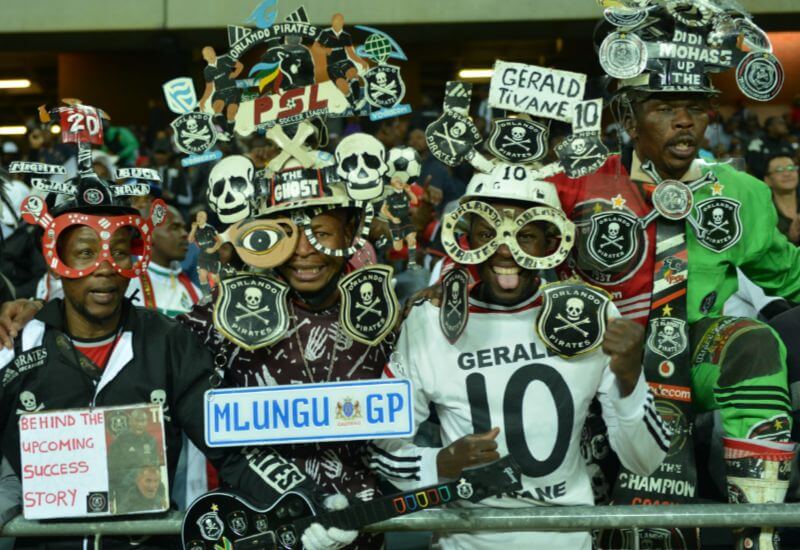 Orlando Pirates is into the first month of its #80PiratesLegends campaign where five new Legends will be inducted into the Club’s Hall of Fame, which currently hosts 75 former greats who have etched their names into immortality within the fabric of the Soweto Giants.

With 12 players in the running to be crowned with legendary status, supporters have been voting every day to see their favourite player receive the accolade.

To reward the lucky voters, Orlando Pirates is giving away amazing prizes including brand new LG G6 Smart Phones, official 2018/19 Orlando Pirates Home jerseys, and cash prizes to the valued of R2 500 each.

But enough with the talking, it’s time we did the walking. The #80PiratesLegends campaign’s first winner is Mr Kholofelo Mokgwatsana, who receives a brand new G6 Smart Phone sponsored by the Club’s Official Mobile and Electronics Partner, LG South Africa.

Supporters who vote stand a chance to win prizes ranging from an LG smartphone to cash prizes worth the total value of R20 000.

On top of being in the running to win, if your player receives the most votes at the end of the campaign, he will be inducted into the 80 Legends of Orlando Pirates.

#VoteYourLegend now to contribute to the history of your favourite football club. The #80PiratesLegends Competition ends on 16 December 2018.