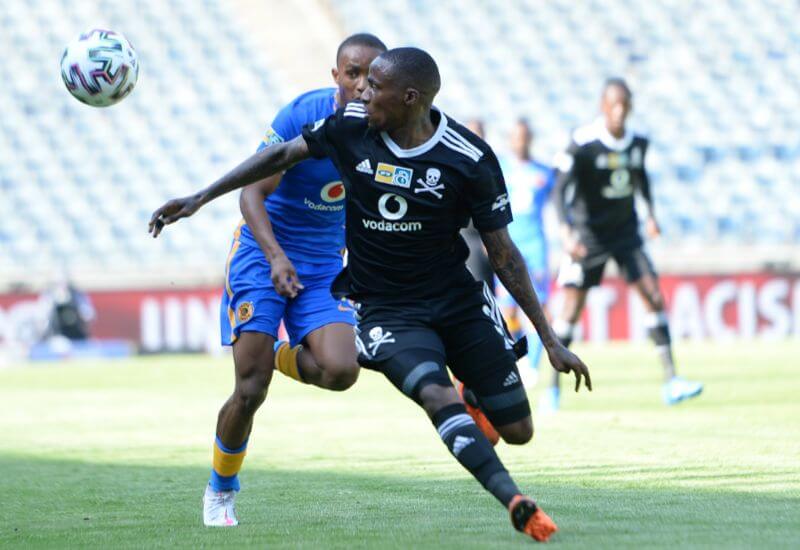 In what was an eerie atmosphere without the usual packed house, as it has been custom in the Soweto Derby over the years, the two titans of South African football began tentatively, as they sought to gain the early advantage in the game.

The 20-minute mark presented chances in quick succession for both sides, with Leonardo Castro getting close but not finding the target for Amakhosi, before Ntsikelelo Nyauza was denied by Daniel Akpeyi from a Thembinkosi Lorch set-piece.

The wait for the opener was not long after that, however, and it came via Zakhele Lepasa, who finished a move following good interplay down the left flank from Innocent Maela and Terrence Dzvukamanja, with the latter delivering a fine cross for the striker to head in.

Chances continued to come in, with Lepasa getting a couple of opportunities to extend the lead. At the same time, at the other end, Siyabonga Ngezana looped his header over the bar from a set-piece situation.

The second half began with a chance for the Buccaneers after Lepasa was brought down by Ngezana just yards away from the box.

Pule was the man entrusted with the free-kick, but his effort went over the bar.

Pirates extended the lead with just a little over 20 minutes remaining on the clock, with Nyoso on target this time - albeit with a cross - finding Pule who managed to stave off the attention of Ngezana and Blom to shoot past Akpeyi, making it 2-0.

Nine minutes later, the Buccaneers made it an uphill climb for Amakhosi through a superb counter-attack, which was finished off by Lorch for the third goal of the afternoon.

The significant gap on the scoreline allowed the hosts to maintain control over proceedings for the rest of the encounter, as they took a 3-0 aggregate lead into the away leg, crucially denying their opponents an away goal.