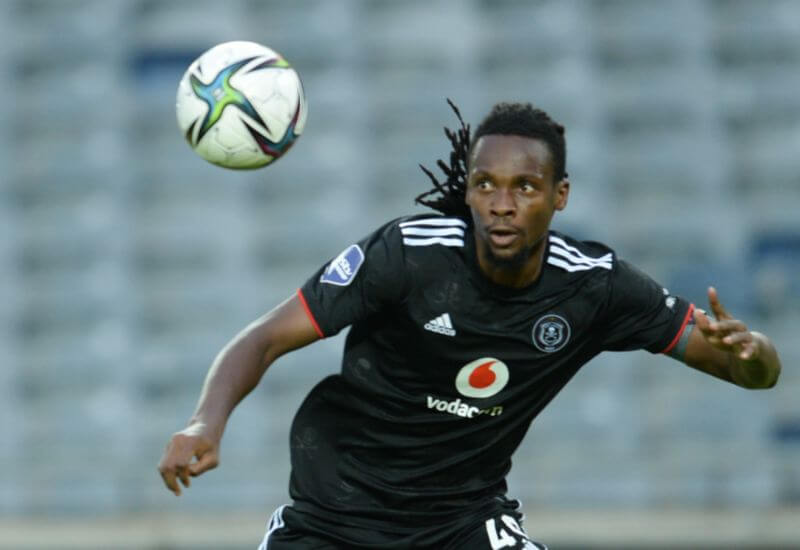 Orlando Pirates defender Olisa Ndah became the second Bucs player to feature in the ongoing Africa Cup of Nations (AFCON) when he ran on to the field for Nigeria during their 2-0 victory over Guinea-Bissau in Garoua, Cameroon on Wednesday night.

The 23-year-old is one of two Buccaneers currently in the West African country for the continental showpiece alongside striker Gabadinho Mhango, who has already chipped in with two goals for Malawi.

As the Super Eagles swooped past the side affectionately known as the African Wild Dogs, Ndah was brought on to replace fellow defender Tyrone Ebuehi with 14 minutes left on the clock.

Speaking exclusively to Orlandopiratesfc.com after the game, the player shared his excitement about adding another international cap to his tally.

“I feel very happy,” Ndah said. “I was really excited. It’s a very big deal for me. It’s always a big deal when a player represents their country. I’m so glad to have gotten this opportunity. Words cannot express how I feel.”

Ndah is relatively new to the senior national team, having earned just three caps prior to his AFCON debut.

His return to the national setup follows a stellar start to life in Pirates colours after he signed for the Club prior to the start of the ongoing season.

He has another chance to add further caps to his tally, with Nigeria through to the knockout rounds.

The Super Eagles’ next fixture is scheduled for Sunday 23 January where they will face the third-placed team from either Group E or Group F.