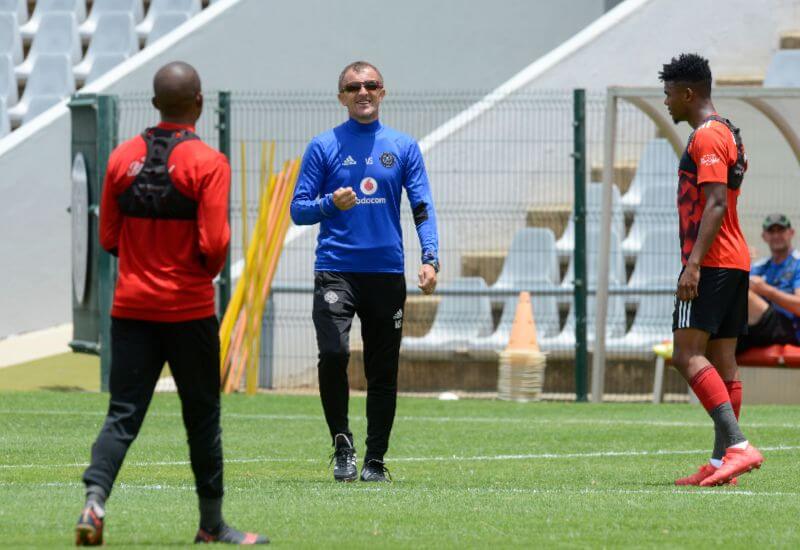 Orlando Pirates fly out to Cape Town this afternoon ahead of their Absa Premiership clash against Ajax Cape Town which will be played at the Cape Town Stadium on Wednesday night.

While the Buccaneers come into this clash buoyed by their impressive 2-0 win over Platinum Stars over this past weekend, Ajax will be no pushovers especially now under new coach at the helm in Muhsin Ertugral. The Turk’s arrival has brought about a level of stability and with that some confidence as the Urban Warriors aim to get out of the precarious position they currently find themselves in.

The Cape-based outfit have also capitalised on the opening of the Transfer Window to strengthen the team, bringing in Mamelodi Sundowns trio of Yannick Zakri, Mario Booysen and most recently right back Siyanda Zwane. Not forgetting their signing of former Pirates striker Tendai Ndoro, who has joined the club recently from Saudi Arabia outfit Al-Faisaly to bolster their attack.

Ajax have struggled throughout the season. The last five matches have only produced four points out of a potential twelve. Of those five matches, the Urban Warriors have scored five times and conceded six.

Football is a game of margins and this statement couldn’t be truer for an Ajax side that has lost seven of their ten league matches by a single goal. Despite their poor form Ajax have shown glimpses of a side that can beat any team, however, it has been a combination of complacency and perhaps inconsistency which has resulted in such poor results.

For example, in both 2-1 defeats at the hands of Maritzburg United and Mamelodi Sundowns respectively, Ajax had scored first in those matches. The same trend repeated itself in the 2-all draws against Amazulu and Baroka FC earlier in the season.

From the days of Santos and Cape Town Spurs (later Ajax) in the late 90s - early 2000s, trips to the Mother City have always been daunting for any team from the Highveld.

Despite their dominance over Ajax Cape Town over the past eight years, the Sea Robbers have only been able to win three matches in Cape Town out of a possible nine (since 5 May 2009), losing once (March 2010) and drawing five times.

The history books also show that goals are often the order of the day when these two sides meet, with only two of the last twenty-two matches ending goalless. An incredible forty-eight goals have been scored during this period, with Pirates scoring thirty-one of those goals.