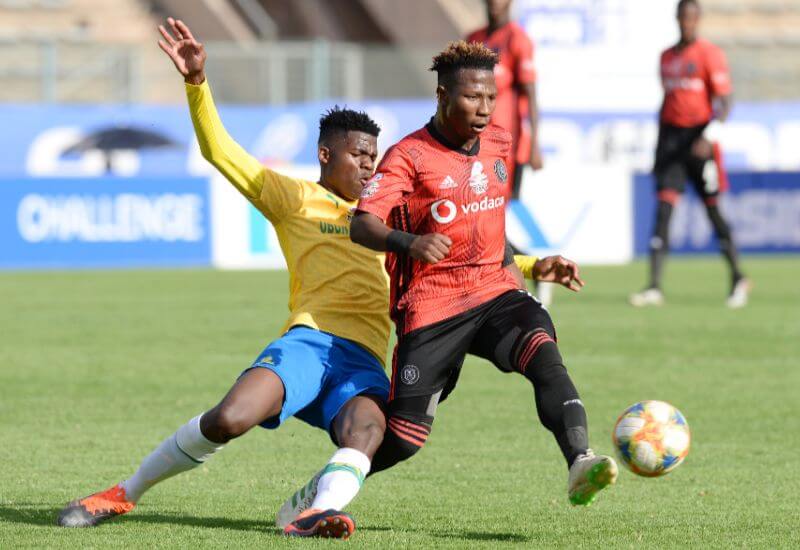 Orlando Pirates Reserves were held to a second draw on the bounce in the Multichoice Diski Challenge (MDC), playing to a 2-2 stalemate with Mamelodi Sundowns at Lucas Moripe Stadium on Sunday.

Glen Salmon's charges netted both their goals in the first 45, and looked to be on track to break a two-match winless streak.

It was an action-packed first half, with the MDC Bucs showing their intent early with threatening surges into the opposition half.

Reward would come just ten minutes into the contest after Kagiso Madisha headed into an empty net after a corner to make it 1-0.

Their joy would be short-lived, as Sundowns were awarded a free-kick on the edge of the Pirates box.

Promise Mkhuma stepped up, and delivered an expertly-taken strike to equalise.

As if that wasn't a cracker on its own, the Buccaneers hit back immediately through Sifiso Luthuli, who's long-range screamer put his side back in the lead.

Another set piece would see Sundowns draw level once more after the referee pointed to the spot after a handball inside the box.

Centre-back, Keegan Allan stepped up for the hosts, sending Thuntsane the wrong way to make it 2-2.

Just after the hour mark, Simo Bophela could have put Pirates back in front when the all landed on his path after attempts at goal from his brother Simiso, and second-half sub, Lesiba Mahlong.

Unfortunately, the midfielder skied his effort, with things remaining level.

With 13 minutes remaining on the clock, Thuntsane displayed superb reflexes to keep the hosts out.

Despite a frantic end to the contest, neither side would edge ahead, as the two teams shared the spoils.