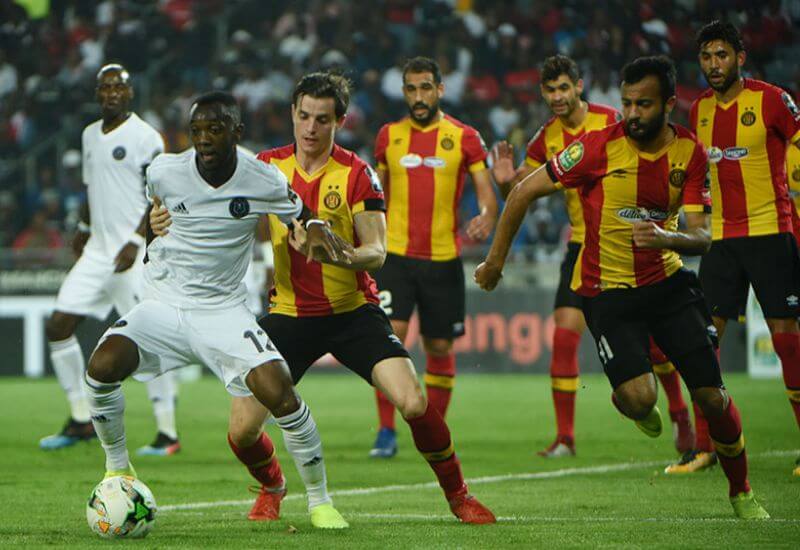 Orlando Pirates will stay atop of Group B following their goalless draw with Esperance in a CAF Champions League clash played at the Orlando Stadium on Saturday night.

For the third time in the history of the competition, matches involving these two teams have failed to produce a winner.

Both teams came into this game having learnt of the result earlier in the day involving the other two teams in the group. Guinean outfit Horoya defeated FC Platinum 1-0 to move to equal points with both the Bucs and EST.

The Buccaneers threatened first through striker Justin Shonga just 10 minutes into the encounter, however the Zambian international saw his effort narrowly miss the target.

Thembinkosi Lorch was also wreaking havoc for the Blood and Gold defence which was led by Chamseddine Dhaouadi.

The visitors, who had in-form striker Taha Yassine Khenissi in their attack, pushed for the opening goal with the halftime break approaching, but Pirates stood firm at the back until Ethiopian match referee Tessema Weyesa Bamlak blew the halftime whistle.

Pirates and Esperance were locked at 0-0 during the halftime break.

The Buccaneers were the better side after the restart and came close to scoring through Vincent Pule.

Esperance goalkeeper Rami Jeridi was called into action just after the hour-mark as the Buccaneers pressed the visitors. The shot-stopper palmed a shot back across goal towards the onrushing Pule, but the visitors managed to clear their lines.

Pirates pressed Esperance in the closing stages of the game, but the three-time Champions League winners looked solid and impenetrable at the back.

Ultimately, the encounter ended in a 0-0 stalemate with Esperance having frustrated Pirates on the night.