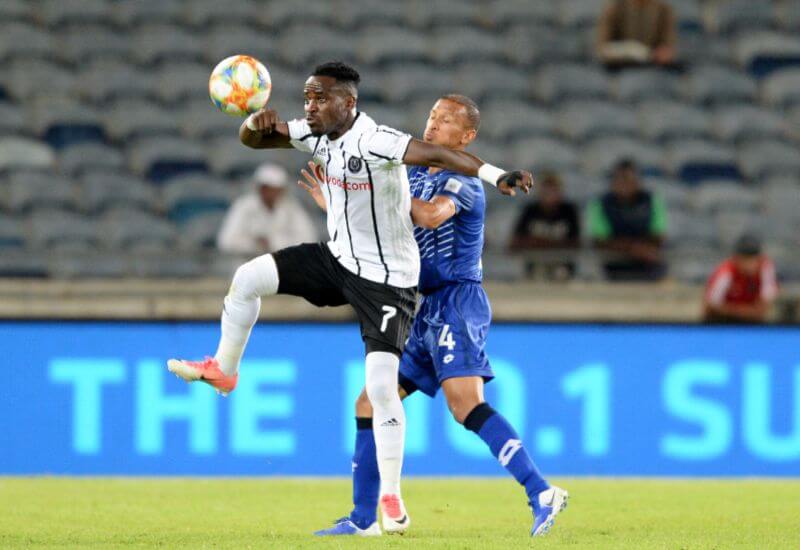 A high-tempo encounter at Orlando Stadium yielded no goals as Orlando Pirates were held to a 0-0 draw by Maritzburg United on Tuesday night.

The Buccaneers were looking to add to the three points gained from their previous league outing, which would have seen them reach the top four in the league standings.

If the spectators who had turned out needed an early signal of intent, the hosts provided just that when Gabadinho Mhango tested Richard Ofori in the very first movement of the game.

It was not quiet at the other end either, with Wayne Sandilands called upon a couple of times in the first ten minutes. But despite that frantic passage of play, there was no disturbance to the scoreline as the match headed towards a goalless first half.

However, before the players were ushered into the tunnel, the hosts had to survive a nervous last five minutes, where Maritzburg camped in their box through a succession of corners.

They made it through the other side of the onslaught, with the two teams still deadlocked at 0-0 when the whistle eventually came.

The second half provided a few game changing moments, beginning in the hour mark when Pirates skipper, Happy Jele was sent off after a second bookable offence.

Playing with ten men, the Buccaneers pushed on for the opener, with Mhango again proving a menace to the opposition.

Things were levelled up - in terms of playing personnel - when Maritzburg defender Kwanda Mngonyama was too given his marching orders.

Towards the end of the game, Pirates thought they were ahead when second-half sub, Justin Shonga shot into the crossbar, with the ball landing dangerously close to the goalline.

That was the closest either side got to a goal, with the Buccaneers earning a disappointing point ahead of the weekend's Soweto Derby.