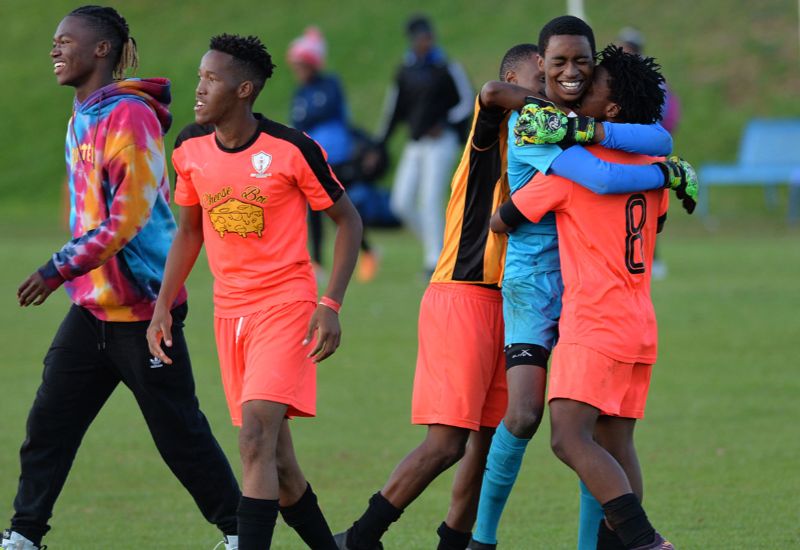 Ambassadors FC have been crowned Pirates Cup champions for 2022 after beating Bosso 90 FC 2-1 in the final, while SAFA School of Excellence took third place with a 4-1 win over Limpopo School of Excellence in an exciting day of knockout football at Sturrock Park on Tuesday.

Sixteen out of the record 56 teams that contested the title in the opening three days returned for the final day of this year’s tournament, which began with a live draw to determine the first eight of the remaining 16 fixtures, which included the final and the third/fourth place playoff.

Tournament hosts and past winners Orlando Pirates were denied any chance of grabbing yet another championship by SAFA School of Excellence, who beat them 3-1 in their Round of 16 fixture.

The two finalists also got rid of some household names en route to the final, with Bosso 90 eliminating TS Galaxy in the Last 16, while Ambassadors beat TUKS to progress through to the quarterfinals.

It proved to be a hotly-contested battle for top honours, as the two teams traded quick blows in the first half, with Bosso 90 drawing first blood through Mthabisi Ncube before Ambassadors hit back just moments later as Mehluleli Maphumulo made it 1-1.

Maphumulo would be the hero of the day as he completed his brace in the second half, netting his sixth goal of the tournament and sealing the win for Ambassadors, who claimed the R60 000 prize reserved for the champions, while the Zim outfit walked off R30 000 richer.

For their third-place finish, SAFA School of Excellence bagged R10 000, as one of their players, Relebogile Ratomo also grabbed an individual prize alongside Maphumulo, with each player earning R5 000 as the Tournament MVP and top goal-scorer, respectively.