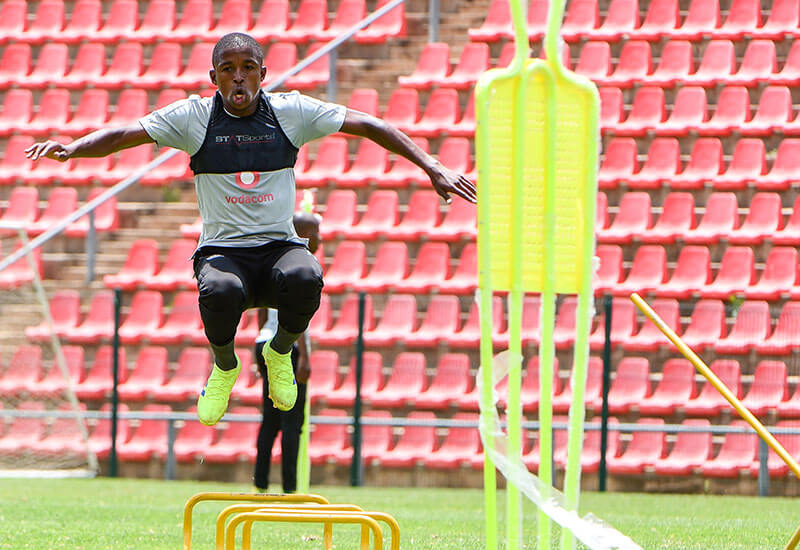 Luvuyo Memela has expressed delight and relief after returning to action from injury.

Amigo as he is affectionately known, says he wants to put his latest injury nightmare behind him as he looks to help the Buccaneers make that all important final push in this highly contested league race.

The affable 31-year old has missed most of the 2018/19 season due to a knee injury, but made his comeback as a second half substitute in the 1-0 loss to SuperSport United. Three days later he was handed his first start of the year and Memela didn’t disappoint as he played an integral role in Pirates’ emphatic 4-1 win over Amazulu.

“It is great to be back on the playing field,” revealed Memela. “It’s been a long time since I last played. Coming back to the starting line-up and scoring is what dreams are all about.”

“Any player will attest to this, but there is nothing nice about injury and the process of returning from that situation. It’s not only the physical demand of rehabilitation that gets to you but also the mental part. You train alone while your teammates train on the field and secondly, because we are not robots, the rehabilitation process isn’t straightforward – you sometimes suffer setbacks which delay your return. All this puts a lot of pressure on a player.”

Matches will be coming thick and fast for the club. With Pirates’ away match against Golden Arrows on Saturday the first of three matches that will be played in seven days, Memela expresses the importance of all players being fit during this time of the season.

“We are entering a tough phase of the season. We are competing in two competitions, the league and the champions league, this is going to put a lot of strain on the team which is why it will be important for all players to be available for selection.”

“On a personal level, I am looking forward to the coming matches. Hopefully, injuries are now a thing of the past for me… now I can focus on helping my team register the positive results in the coming games.”