Another Game, Another Draw 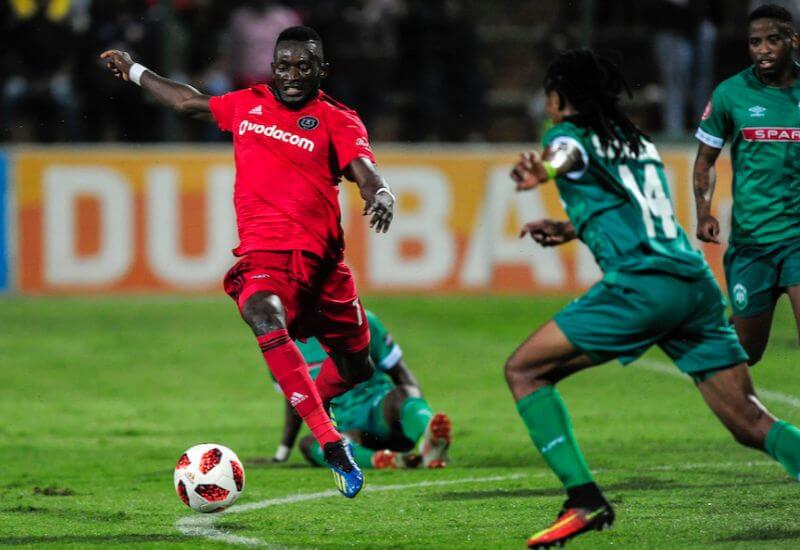 For the second match in a row, Orlando Pirates have failed to collect maximum points as they were held to a 1-all draw against AmaZulu in an Absa Premiership match played at the King Zwelithini Stadium in Durban on Saturday night.

With this draw, the Buccaneers have collected only two points from a potential six with one league game remaining for the month of October against perennial rivals Kaizer Chiefs on the 27th.

Pirates came into this match looking to bounce back following their disappointing goalless draw against another KZN based outfit Golden Arrows, while Usuthu, who were recently docked six points by FIFA aimed to get their first three points of the season with a win over the Sea Robbers.

Both teams launched attacks in the opening stages of the game and it was the visitors who broke the deadlock through Augustine Mulenga.

Thembinkosi Lorch sent Mulenga through on goal and the latter beat AmaZulu goalkeeper Siyabonga Mbatha to make 1-0 to Pirates in the 13th minute.

The hosts tried to level matters through Marc Van Heerden, who joined Usuthu after he was released from Pirates at the end of last season.

The free-kick specialist's effort from a set-piece missed the target without testing Bucs shot-stopper Jackson Mabokgwane just before the half-hour mark.

AmaZulu striker Emiliano Tade's goal-bound shot was blocked by Pirates defender Ntsikelelo Nyauza in the 32nd minute as the hosts continued to probe.

Pirates took control of the game with the halftime break approaching and in the 37th minute, Xola Mlambo forced Usuthu keeper Mbatha into a fine save.

Despite late pressure, AmaZulu were able to contain Pirates for the rest of the half and the score was 1-0 in favour of the visitors at the interval.

The hosts came back rejuvenated following their halftime team talk with head coach Cavin Johnson, who has been in charge of the Durban-based team since August 2017.

It took only three minutes for Tade to make it 1-1 after being set-up by Jabulani Ncobeni, who had burst into the box with the Pirates defence exposed.

It was end-to-end stuff in the ensuing minutes as Bonginkosi Ntuli was denied by Mabokgwane, and at the other end Shonga hit the woodwork with Mbatha well-beaten.

Mabokgwane and his counterpart Mbatha were both very busy in the closing stages of the game as they made crucial saves as the two teams pushed for the winning goal.

Ultimately, the game ended in a 1-1 stalemate following an enthralling encounter between two old rivals.

Pirates remain in second place on the log table, albeit with more games played over the likes of Mamelodi Sundowns, SuperSport United, Polokwane City and Bloemfontein Celtic.