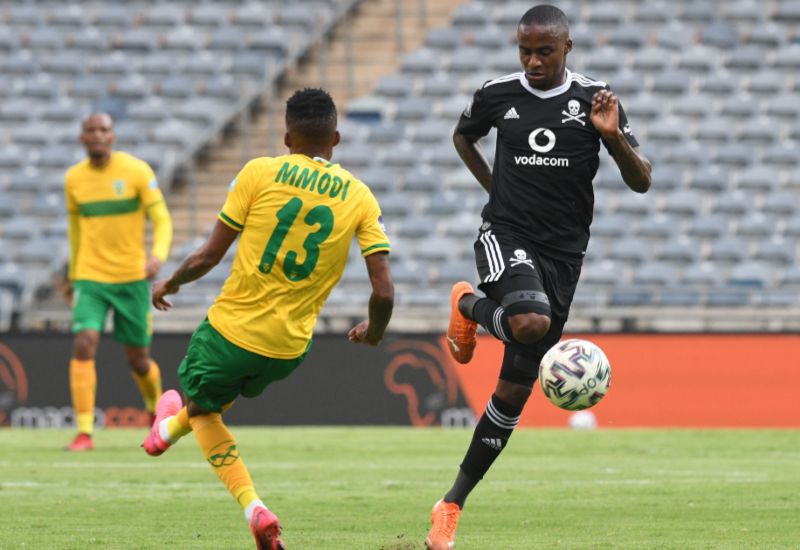 Orlando Pirates boast a good record against their next opponents, Golden Arrows, but will know there are no guarantees in the DStv Premiership.

The league fixture, which takes place at Sugar Ray Xulu Stadium in Clermont on Tuesday, comes almost two weeks to the day after the last meeting between the two sides.

On that afternoon, the two teams could not be separated as neither found the back of the net.

That stretched the Buccaneers' run of unbeaten matches against Abafana Bes'thende to seven league games.

The men from Durban last tasted victory against the Soweto Giants on 27 May 2017, when they came from behind to claim a 2-1 win.

That result was one of only two that have gone Arrows way in the last 20 editions of this fixture.

Away Record vs Arrows

While playing away is known to be a tricky task, the Buccaneers have enjoyed travelling to Durban in recent years, avoiding defeat in all their games against Arrows there since that loss from four years ago.

In their last two visits to the city, Pirates have not tasted defeat, winning once and drawing the other fixture.

Overall, the Soweto Giants have posted seven victories in their last 15 matches away to Arrows, more than the hosts, who have four wins during this period.

When these two teams meet on Tuesday, they will be looking to break what has been a lengthy goal drought in this fixture.

A total of 340 minutes have elapsed since a goal was last scored in a Pirates vs Arrows fixture, with their last three encounters ending in goalless stalemates.

However, there is enough attacking firepower to end the drought in both camps - as was evident over the weekend - when each club registered a 2-1 victory in their respective assignments.