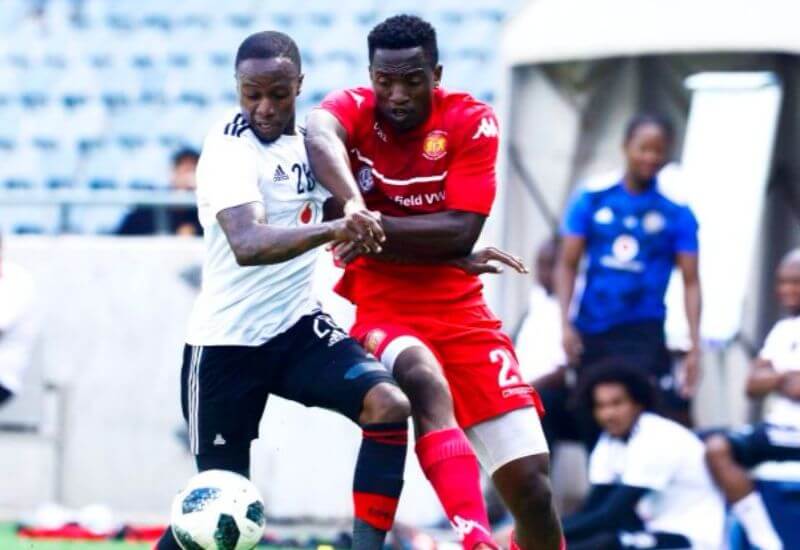 With only a few days to go before the Buccaneers kick off their 2018 ABSA Premiership schedule against Baroka, the team’s momentum has been upwardly shifting since their return from the Christmas recess on the 27th of December, with the welcoming of Highlands Park to Orlando Stadium for a training match yesterday. The match was the club’s second friendly in a week as Sredojevic and his Technical Team had the opportunity to fine tune their tactics and assess his players ahead of the Bakgaga encounter.

The visit of the NFD log leaders was divided into three 40 minute matches, where all players got an opportunity to play with the exception of Thembinkosi Lorch who is still undergoing rehabilitation.

The match was a tightly contested affair with neither side letting up at the back through resolute defending - forcing both sides to resort to shots from range to test the men between the sticks.

It was from one of those long range efforts that almost saw Highlands Park take the lead, where on 25 minutes in the opening 40 minute match, a spectacular long range shot struck the crossbar.

Pirates threatened with a long range shot of their own ten minutes later but this time from a set piece on the edge of the box. Luvuyo Memela’s curling attempt shaved the upright with the keeper well beaten.

Both coaches rang in the changes in the second match with little changing in the form of outright goal scoring opportunities being created. It had to take a solitary goal from Ayanda Nkosi in the dying minutes of the final 40 minute match to separate the two sides.