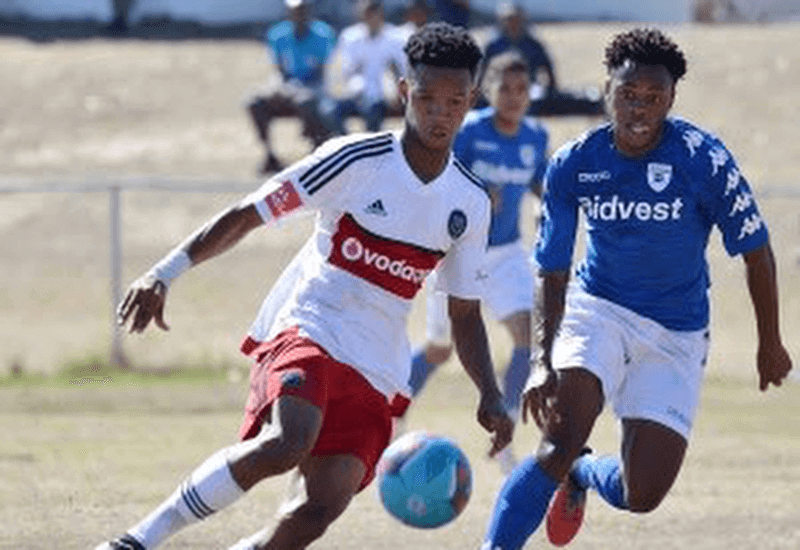 Orlando Pirates under 19 team returned to Johannesburg in the wee hours of Tuesday morning, from Cape Town where they partook in the Bayhill Premier Cup.

The Young Buccaneers squad, which featured three under 17 players – Lyle Foster, Lethabo Mazibuko and James Monyane; gave a good account of themselves going all the way to the semi-finals only to lose to eventual winners SuperSport United 3-0.

Speaking upon the team’s return following a 17 bus ride, head coach Mandla Qhoqhi had nothing but good things to say about his players: “Look, we all would have liked to go as far as reach the final and win this competition but realistically we took a very young team to the tournament as we have bigger plans to see these boys grow and mature to one day play in the first team.

“The competition was well organised and the support was great; all this made for a very good tournament for the players to test and measure themselves with their peers.”

Orlando Pirates came back twice to secure a valuable draw and avoid a defeat in their opening match of the tournament. A long range stunner from Monyane was complemented by a last minute equaliser Katlego Cwinyane.

The match between the two Gauteng teams was crucial for the Buccaneers as defeat to the Lions of the North would mean a possible early exit. For the second time in the tournament, Pirates had to come from behind to salvage a draw. A mistake by Sanele Gcaba, allowed Simphiwe Dlomo to toe poke ball past keeper Kopano Thuntsane who had left his line. Cwinyane was on hand once again to net the equaliser.

Pirates came into this match in third place and needing nothing else but a victory to secure passage into the Last 16 and the boys delivered handsomely despite the pressure. Goals by Foster, Phumulani Masinga, Gcaba and Cwinyane saw the Young Buccaneers finish first in the group.

This was arguably Pirates’ toughest match of the tournament. The hard running Old Mutual Academy side were buoyed by the superior support they had from the stands. Despite this however, Pirates would net the opening goal with less than ten minutes to play through the boot of Foster. Old Mutual Academy found the equaliser with literally the final kick of the game to send the match to the dreaded penalty shootout, which Pirates conquered 7-6, thanks to a crucial save from Thuntsane.

Matches between these two sides are never easy and this was the case when they met in the quarterfinals of the tournament. Pirates came out tops courtesy of a Cwinyane strike. Wits would get a penalty late in the match but Thuntsane would pull off a miraculous save to thwart goalkeeper and friend Sifundo Sibiya.

A passage into the final of the Bayhill Cup proved to be a bridge too far as they struggled against SuperSport United in the semifinal. An early strike from United dented any hopes of a Pirates victory. The second and third goal would be scored towards the end of the match as Pirates technical team had taken a gamble to field more attacking players to try and find equaliser which didn’t materialise.

United would go on to meet and defeat Mamelodi Sundowns 4-2 in the final of the tournament to clinch the title they won in 2016.