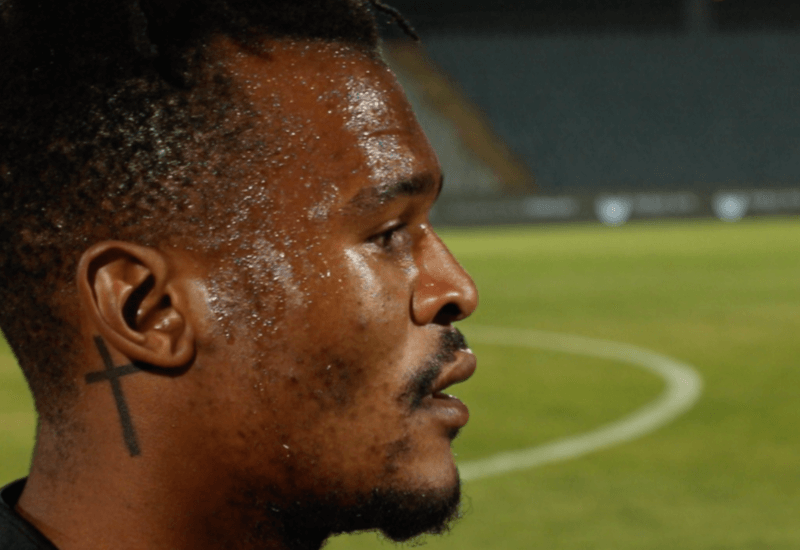 Nkanyiso Zungu has expressed his delight after making his debut for the Club. The 24-year-old was introduced as a 86th minute substitute in the Bucs’ goalless draw with Mamelodi Sundowns on Tuesday evening.

“This is the beginning of a new chapter for me at Pirates,” said Zungu. “It was a big day for me. Even though I came in towards the end of the match, I am grateful that I finally got my debut. My next focus is on getting more performances under my belt.”

Zungu joined the Club on the final day of the January transfer window however, his introduction into the playing squad was hindered by an injury he was carrying upon his arrival from Stellenbosch FC. This was further delayed by the suspension of the league due to the COVID-19 national lockdown.

“I am sure I echo the sentiments of many other players when I say that it feels good to be back. Especially someone like myself who has not played any official match after so long. You will recall that I joined the Club in January with an injury but after recovering we had the lockdown which delayed my debut even further. But I am not complaining, there’s no looking back only forward. I can only hope on getting more opportunities in future.”

The left-footer also revealed the “strange feeling” of playing in front of no supporters.

“I have always dreamt of playing in this fixture for iBhakaniya, and this is mainly due to the excitement surrounding this fixture for the football played as well as the vibe that the fans create. So for me it was very strange playing my dream fixture in an empty stadium but then again these are not normal times and we must get used to it,” he concluded.

Meanwhile, Head Coach Josef Zinnbauer has lauded Zungu for his application in training and has urged the midfielder to continue working hard.

“Zungu has been doing well. He is a hard worker and he understands that Orlando Pirates is a big club with a top squad and it’s not easy when you arrive at a club of this stature because there’s competition for places in all positions. He was unfortunate to come into the squad with an injury and with the Club doing well at the time but now he is available for selection.

“He has impressed us in the last few weeks and was rewarded with game time against Sundowns. He must keep up the good work. We are going to need all our players for the remaining matches of the season.”