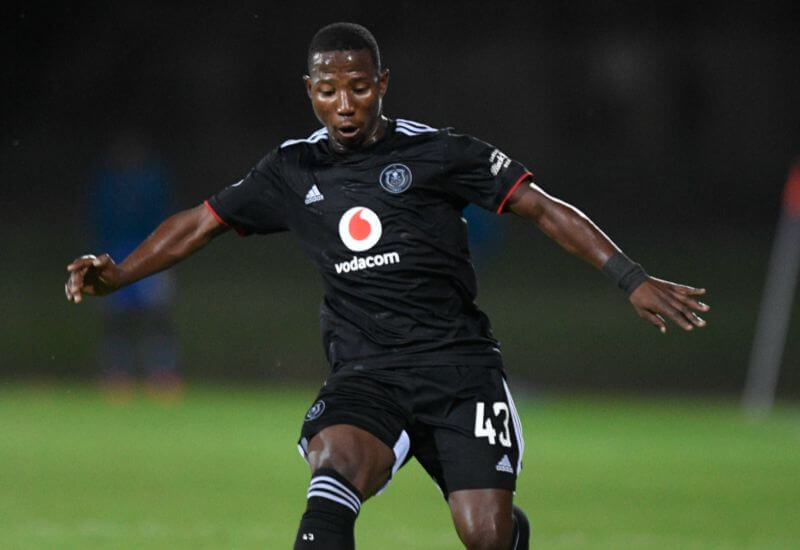 Orlando Pirates’ most recent fixture presented a great opportunity for one of the Club’s brightest young talents Simiso Bophela, who ran out on what was a highly-anticipated debut.

The 21-year-old Academy graduate had done the hard yards in the junior ranks, rising to prominence when he stepped up to the Reserve League alongside his twin brother Simo.

He spent a season away from the Soweto Giants when he was loaned out to Sekhukhune United in the GladAfrica Championship, helping the Club gain promotion to the DStv Premiership ahead of the ongoing campaign.

Nicknamed “Msebenzi”, there were no real surprises when the midfielder returned to the Buccaneers as a senior team player, and in the 68th minute of the goalless draw away to Maritzburg United, he strode on for his debut as he was brought on for Bandile Shandu.

Following his personal milestone, Bophela sat for an exclusive interview with Orlandopiratesfc.com, recounting what was the first of many appearances in the iconic black of the Mighty Buccaneers.

Congratulations on making your first-team debut. How did it feel when you were told you were going to play on Wednesday?
SB: I was really happy. It’s a moment I have been waiting for, so it felt good when it finally came.

You spent last season in the GladAfrica Championship. Did you learn a lot from that experience?
SB: I learned quite a lot there. I was playing in a different environment and a different system. I feel that has helped me grow as a player.

What did the coaches tell you before coming on against Maritzburg?
SB: They told me not to be scared. I must just play my natural game and do what I’ve always done on the field, and just be calm and play ball.

You came close to scoring. What went through your mind when you received the ball?
SB: It felt like I had already scored, and I might have rushed the shot. But these things happen in football. There will be a next time.

How do you rate your performance? Is there anywhere you wish you could improve?
SB: There are some areas that I can improve, but overall, I’m happy with how I performed.

Have you spoken with Simo since your debut? What was his reaction?
SB: We’ve spoken, and he’s really happy for me. He’s really proud and excited.

What do you hope to achieve this season?
SB: Obviously playing more games and helping the team whenever I can, so we can get the results and win trophies.