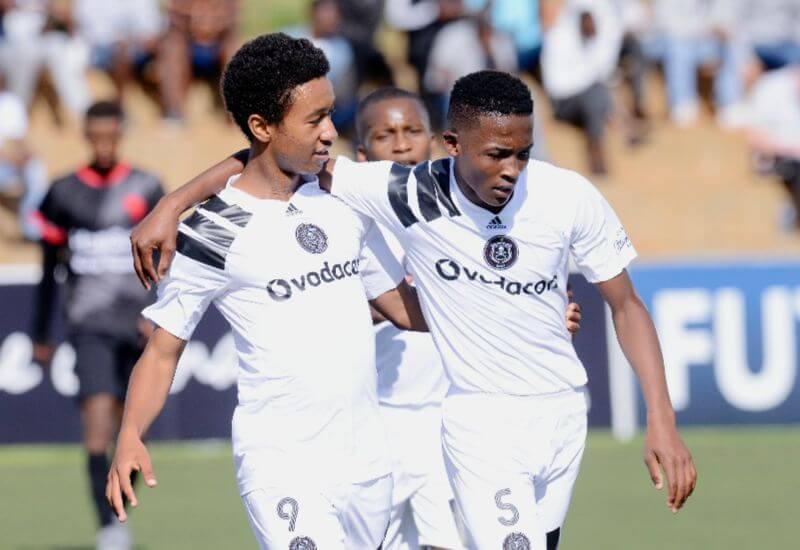 The Orlando Pirates under 17 side got their Gauteng International Future Champs campaign off to a flying start when they defeated Namibian outfit Black Africa HopSol at the Nike Centre this afternoon.

With goals from Hakeem Marx, Siyabonga Buda and an outrageous strike from the impressive Augustine Mahlonoka, the young Bucs romped to a come from behind 3-1 victory in front of the home support.

Things started poorly for the Bucs as they were under pressure from the Namibian side immediately from the kickoff. The visitors won a corner and immediately capitalized on some poor defending to head home inside 2 minutes. Bucs keeper Blake Franzen came out through traffic to flap at the ball but it fell to the unmarked Oliver Baas for an easy finish for the Lively Lions.

The early inroads into the Bucs plans gave rise to a flurry of attacks from the Windhoek outfit, which was well dealt with by the Bucs, who went into half time trailing 0-1.

With play resuming in the second half, a hungry Bucs side were immediately on the attack. With Mahlonoka pulling the strings there was always hope that the Bucs would find a way to restore parity.

They were duly rewarded when Mahlonoka’s rifled effort from well outside the box found the top corner, with the keeper well beaten. The youngster showed great technique and good finish to spot the opportunity and finish with aplomb.

Mahlonoka was not done as Bucs won a freekick just outside the area after his pin-point pass to Siphamandla Msezana saw the striker upended on the edge of the area. Mahlonoka’s expertly dispatched setpiece coming back off the bar.

Pirates did eventually pull ahead after substitute Hakeem Marx tapped home from close range after getting on the end of a cross from wide on the right. Marx was involved in the lead up to the third goal as well when his neatly cushioned header, this time from a deep ball down the left, came back off the cross bar for captain Siyabonga Buda to smash home and secure the result.

The next match for the young Bucs is on Tuesday, 20 March 2018 against FC Spartak Moscow.