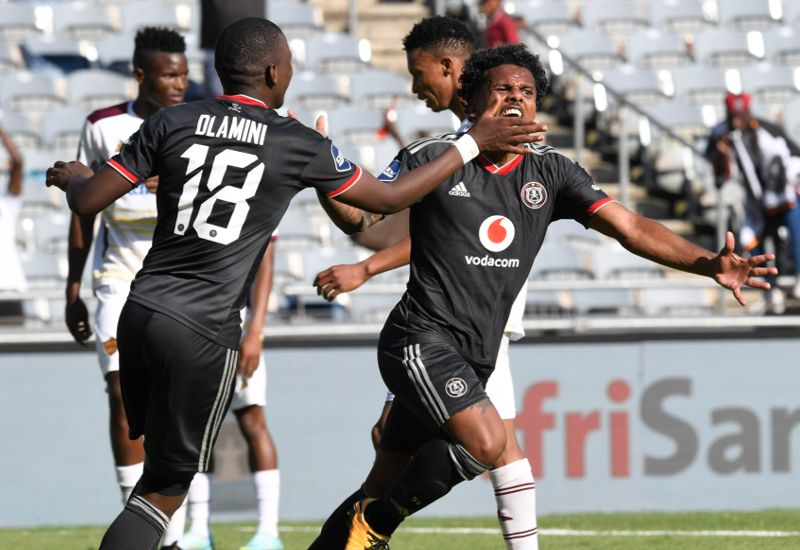 Orlando Pirates netted twice in each half to claim a 4-1 win over Stellenbosch in their DStv Premiership encounter at Orlando Stadium on Sunday.

The victory margin is the Soweto Giants’ widest so far in the ongoing campaign, as they made it two wins in as many home games in 2023.

There was a tentative start to the encounter with neither side producing shots at goal inside the opening five minutes.

The breakthrough was however not far off as just two minutes later, the hosts were awarded a free-kick midway inside the Stellies half. The set-piece was taken by Monnapule Saleng whose pinpoint delivery into the box found Thabang Monare’s head, which directed the ball into the net with just eight minutes on the clock.

Pirates’ lead came under threat 16 minutes in when Devon Titus got behind the defence on the right flank, but was thwarted by some committed work from Nkosinathi Sibisi and captain Innocent Maela, who scrambled back to cut off the supply into the middle.

The Bucs skipper was to become a factor at the other end soon after Stellenbosch keeper Sage Stephens failed to clear the ball from a free-kick, allowing the left-back to shoot into an empty net and double his side’s lead.

There were opportunities to pull further ahead for the hosts in the first half, as Saleng shot off target in the 28th minute before Bandile Shandu struck the upright from close range five minutes later with the Stellies shot-stopper well beaten.

Maela had an opportunity to complete his brace just before the break when he connected with Deon Hotto on the left before being denied from close range by Stephens.

Stellenbosch did offer some resistance in the opening exchanges of the second 45, with Kermit Erasmus forced into a rushed shot five minutes after the restart.

This was before Dlamini attempted to make it three from range, only to unleash a tame shot straight at Stephens.

The Buccaneers kept knocking and were rewarded in the 59th minute when Saleng received an excellent long ball from goalkeeper Sipho Chaine before his excellent work from the right flank allowed him to locate Erasmus, who composed himself before firing in to make it 3-0.

The two teams barely caught a breather before the next goal, which came three minutes later in spectacular fashion through Ndlondlo, who was played in by Dlamini at the edge of the box before releasing a brilliant low shot which evaded an outstretched Stephens.

It could have been 5-0 just moments later as Terrence Dzvukamanja, introduced right before the hour mark, forced a save off the keeper as he shot from a tight angle.

The visitors did pull one back against the run of play in the 74th minute as Mervin Boji lept high from a corner to head past Chaine.

Despite enjoying a comfortable lead as the clock wound down, the Buccaneers were still hungry for goals and could have had more towards the end as Dzvukamanja and Ndlondlo both had shots at goal which landed wide of the target.

Victory had all but been assured in the end as the hosts shot up to fourth place in the standings.