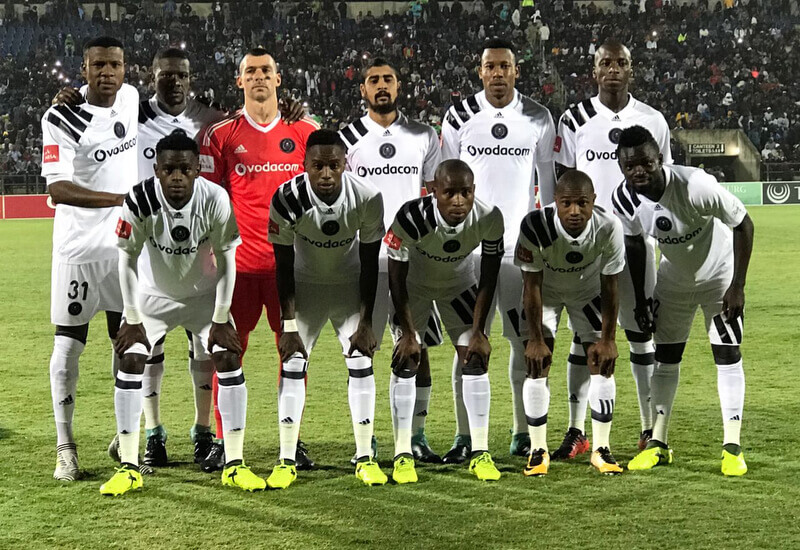 Orlando Pirates and Maritzburg United played out to a goalless draw tonight, where a packed crowd at the Harry Gwala Stadium welcomed the Team of Choice and the Buccaneers for a top of the table Absa Premiership clash.

The first significant chance of the match came in the 7th minute when Bevan Fransman fouled Thabo Qalinge on the edge of the box but the referee waved play on, much to the surprise of Qalinge.

United almost went 1-0 up in the 15th minute when a mistake by Abbubaker Mobara in the centre of midfield released Ndlovu on attack but fortunately Wayne Sandilands did enough to nullify Ndlovu's attempt.

The Team of Choice continued to pile the pressure on the Buccaneers and almost got that elusive opener in the 30th minute when Rusike beat two Pirates defenders and fired a fierce shot which forced a good save out of Sandilands.

In the 38th minute, Ndlovu fired a snap shot towards goal from the edge of the box, only to see his attempt go aimlessly wide.

A minute later Pirates sprung an attack of their own and should have gone 1-0 up when Bernard Morrison played a ball to the far post which was met by Thabo Matlaba, whose headed shot forced a spilled save from the keeper but unfortunately Gabuza was unable to slot in the loose ball.

The second half saw Pirates take control of the game and for the second time in the match they would have the ball in the back of the net but once again the goal was disallowed. Nyauza reacted quickly to pounce on a cut back from Gabuza to score at the near post but the referee blew for an infringement.

The Buccaneers were at it again and almost took the lead in the 66th minute when right back Mthokozisi Dube played a through ball for Thabo Matlaba but unfortunately the ball seemed to get stuck in between his legs, allowing the United defence to thwart the danger.

The home team got a chance in the 74th minute - albeit against the run of play, when Maboe found some space outside the Pirates box to shoot but his shot went wide of Sandilands' goal.

Towards the end of the match Ndlovu was red carded after earning his second booking for his foul on youngster Lyle Foster. Referee Cedric Muvhali blew for the final whistle after allowing four additional minutes.

Pirates and United maintain their undefeated records for yet another gameweek, and next up for the Buccaneers is a home match against Cape Town City.