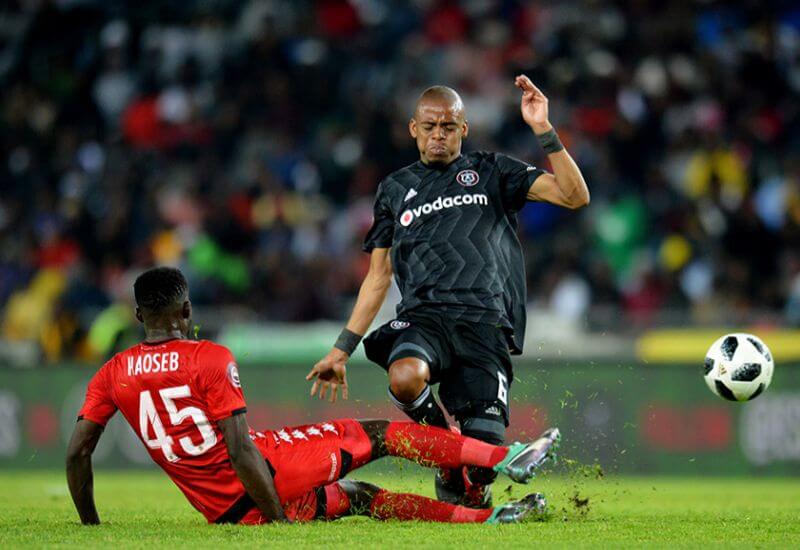 Orlando Pirates kicked off their 2018/19 season with a 1-all draw against newly promoted Highlands Park in an Absa Premiership encounter played at the Orlando Stadium on Saturday evening.

Justin Shonga netted the equaliser in the second after the visitors had pulled ahead following a defensive blunder in the first half.

The Buccaneers saw most of the ball in the early exchanges with Vincent Pule looking lively on his official debut for the hosts.

However, it was the Lions of the North, who took a surprise lead 14 minutes into the encounter. The hosts scored an own goal after goalkeeper Wayne Sandilands failed to deal with back-pass from teammate Gladwin Shitolo.

The hosts should have leveled matters in the 22nd minute after the Lions of the North defence was left exposed.However, Highlandsgoalkeeper Tapuwa Kapini produced a great save to deny Pirates striker Augustine Mulenga.

The Buccaneers piled pressure on then visitors after the half-hour mark and Paseka Mako almost scored on debut in the 35th minute but his shot went across goal.

Kapini was then beaten three minutes later by Pule's well-taken free-kick, but the ball hit the crossbar and the Lions of the North survived a scare.

The teams went into the break with Pirates trailing Highlands with that odd goal despite dominating proceedings in the first stanza.

The second half started much in the same way as the first ended, with Pirates dominating possession and creating most of the goal scoring chances. However, the Highlands defence remained resolute in frustrating the Bucs attack.

A tactical change in the 55th minute saw Justin Shonga being introduced for Thembinkosi Lorch and it took only four minutes for the change to make an impact on the game.

Shonga cleverly dribbled his way around Bevan Fransman before sending in a pin-point cross which found his countryman Augustine Mulenga in the box, before he was fouled by Lesenya Ramoraka. Shongastepped up and coolly converted from the spot.

Buoyed by the equaliser, the Buccaneers attack went into overdrive as the home team looked for the equaliser, but that crucial winning goal didn’t come and Micho Sredojevic’s men had to settle for a draw.

With this draw, Pirates and Highlands have now gone three consecutive league matches without there being a winner.