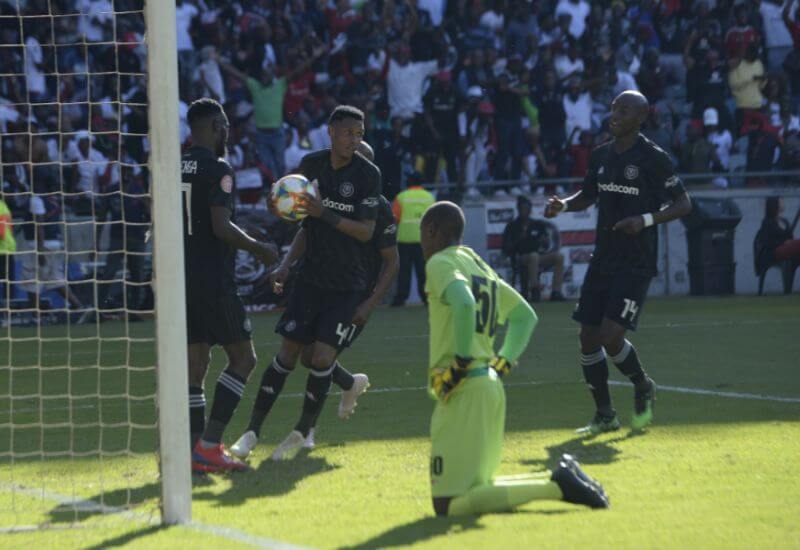 Orlando Pirates have finished the 2018/19 Absa Premiership campaign on a high note as they thrashed Polokwane City 3-0 at the Orlando Stadium on Saturday afternoon.

A brace by Player of the Season favourite Thembinkosi Lorch and a wonder strike from Vincent Pule was enough to see the Buccaneers cement second place for the second year running - two points behind eventual winners Mamelodi Sundowns.

With this victory, Pirates get a second shot at the 2019/2020 CAF Champions League which kicks off in just a few months’ time.

The Buccaneers got off to a flying start with the opening goal in the seventh minute when Augustine Mulenga played Thembinkosi Lorch through on goal and he made no mistake with just the keeper to beat for 1-0.

Pirates doubled their lead in the 19th minute when a thunderous long range effort from Vincent Pule found the corner of the goal.

The home side continued to dominate matters and made it 3-0 four minutes before the break with a second goal for Lorch as he drove into the box from the left and fired into the roof of the net on the stroke of half time.

Polokwane City were a much better side at the start of the second half and almost pulled a goal back on the hour mark when Bongile Booi met an inch-perfect cross into the box, but his ten-yard header rattled the crossbar.

Pirates found their feet once again in the second half and came close to scoring again in the 77th minute when Luvuyo Memela let fly from 20-yards out, but his low shot scraped the outside of the post.

The pace of the game died out after that as the Buccaneers cruised to an easy win as they finished second on the league table.

And Then There Were 16
Read More
End of the Road at AFCON for Bucs Duo
Read More
DStv Premiership Preview: Black Leopards
Read More