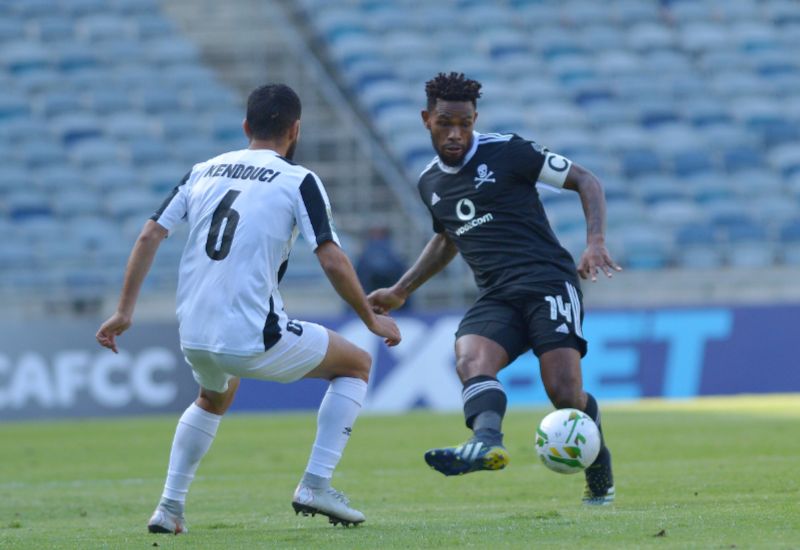 Orlando Pirates were forced to share the spoils with Algeria's ES Sétif in their CAF Confederation Cup Group A encounter at Orlando Stadium on Wednesday.

The two sides had met in the opening round of the group stage, in a rather physical fixture played in Accra, Ghana.

The Buccaneers began their home leg similarly to how they started the previous leg, as they had to make a forced change between the posts inside the opening half hour.

Siyabonga Mpontshane, who had replaced the injured Richard Ofori in Accra, was the one who had to limp off after a collision in the 20th minute as he darted out of his line to clear a dangerous ball. Veteran shot-stopper, Wayne Sandilands was the man brought on in his place.

At the other end, chances at goal were few and far in-between, despite the hosts maintaining firm control of proceedings.

The first half almost ended with ES Sétif edging ahead when Sandilands was called upon to keep out a curling effort that could have snuck into the top corner if it wasn't for an acrobatic save from the 37-year-old.

There was more intent in the second half, and the reward almost came through Tshegofatso Mabasa just three minutes after the break when he miscued his flick from close range, with the ball ending up on the outside roof of the net.

The visitors could have stolen it right at the death, when from a set-piece, the Bucs defence could only watch as the ball rolled agonisingly wide.

Despite what was a hotly-contested encounter, no goals were recorded at either end, with the two sides settling for a point, and Pirates' chances at going through to the knockout stage still alive.