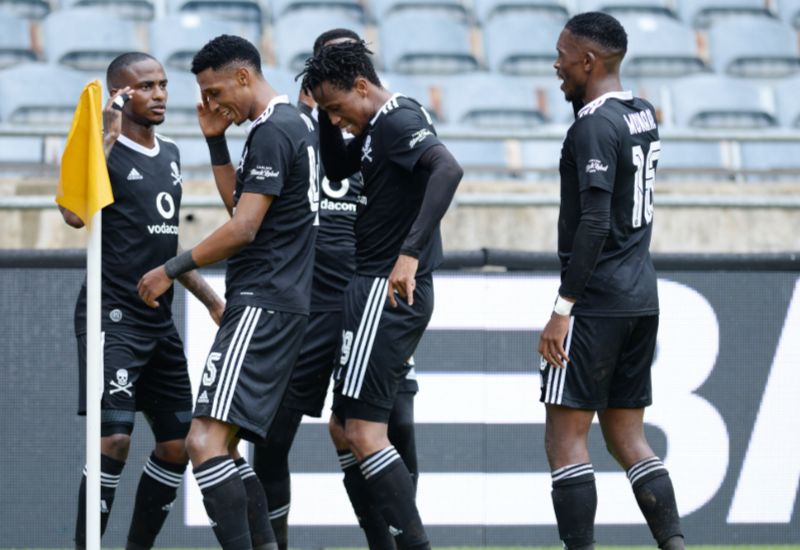 Bragging rights, and more importantly, three points in the bag went the way of Orlando Pirates, who triumphed in the Soweto Derby clash against Kaizer Chiefs at Orlando Stadium on Saturday.

The Buccaneers held their nerve in a tense finish to come out 2-1 winners in difficult conditions against a determined outfit, who had not lost a game in their last five outings.

The men in black were starved of attacking opportunities earlier on, with the offside flag thwarting the likes of Bongani Sam and Thembinkosi Lorch down the left flank.

With 20 minutes played, the hosts had a heart-in-mouth moment as they were forced to scramble to keep out an assured attack. This was when Ntsikelelo Nyauza made a vital stop to keep out what looked like a certain goal, before Richard Ofori also made a crucial block. The move ended when Lebogang Manyama sent his effort wide for a goal kick.

The Pirates goal continued to be under siege, as the dangerous Samir Nurković almost gave Chiefs the lead with a superb volley, which also missed the target.

It took until the 38th minute for the breakthrough to be made, and it came against the run of play, with the ball bouncing kindly for Lorch, who capitalised on a slip-up from Daniel Akpeyi before expertly guiding the ball into the back of the net from a tight angle.

A subdued start to the second half was interrupted by a big call made by the referee, who ruled that Ben Motshwari had fouled Happy Mashiane inside the box.

Nurković stepped up to take the resulting penalty, but Ofori guessed right and stuck out a hand to deny the Serb. This was before Ngezana gathered the rebound, only to shoot into the side-netting.

Coach Josef Zinnbauer made some inspired changes, bringing on Paseka Mako and Siphesihle Ndlovu, and the duo combined for the second goal in the 80th minute.

The move was started inside the Pirates half, culminating in a quick one-two between Mako and Lorch, before the versatile fullback completed his brilliant run down the flank, then delivering a ball into the box, where Ndlovu was waiting to take a first-time shot, which sent the ball crashing into the back of the net.

Squeaky-bum time was set up by Chiefs defender Daniel Cardoso, who halved the deficit with a header five minutes from time.

With Amakhosi searching for the equaliser, the closing stages of the game were tense, but the Buccaneers held on to clinch the three points, which sent them into fourth place in the standings.