Buccaneers Sneak Past Royal AM 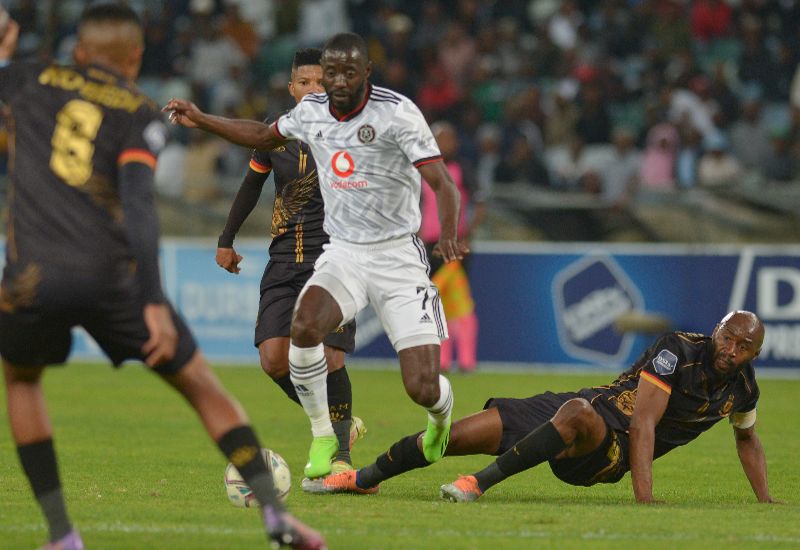 Orlando Pirates withstood a late onslaught from Royal AM to come away with a 1-0 in their DStv Premiership fixture held at Moses Mabhida Stadium on Wednesday night.

The Buccaneers were looking to bounce back from a shock home defeat suffered over the weekend, and came off against a side also reeling from a loss of their own in their last outing.

Three changes were made to the line-up that started against Chippa United with Bienvenu Eva Nga, Kabelo Dlamini and Miguel Timm all getting starts.

Thwihli Thwahla continued to control matters, but without so much as a threatening shot at goal as the back three of Captain Innocent Maela, Nkosinathi Sibisi and Olisa Ndah formed a rock-solid line of defence.

A rare chance fell to Pirates on the half-hour mark, and the man on the end of it was Eva Nga, who hooked his effort wide of the target with a first-time shot on his left foot.

The wait for the breakthrough was a brief one as the visitors took the lead in the 34th minute after some clever work down the right by Thabiso Monyane, who had the presence of mind to pull the ball towards an onrushing Deon Hotto down the middle, with the Namibian international finishing in one movement to net his first goal of the season.

The Buccaneers pushed for a second as the halftime whistle approached, but Royal AM keeper Xolani Ngcobo was on top of things as he cut off supply between Thembinkosi Lorch and Hotto, with the former’s searching cross into the box punched into safety.

It was the Soweto Giants who were quicker off the blocks as the two teams emerged from the tunnel, and the second goal continued to elude them, with Kabelo Dlamini dragging his shot from range wide after spotting Ngcobo off his line.

He was hooked off shortly after that, and his replacement Vincent Pule was quickly into the action, forcing a brilliant save off the Thwihli Thwahla keeper with a well-taken set piece in the 59th minute.

With Pirates looking firmly in control, the home side wrestled matters back into their own hands as they went in search of the equaliser.

The Bucs defence was forced into overtime, with Royal AM enjoying most of the possession in the closing 15 minutes.

The hosts weren’t too far from levelling matters with just seconds of regulation time remaining, but a superb block from Nkosinathi Sibisi meant that the visitors remained in the lead, which they held on to for a further four minutes of additional time to claim their first win over Royal AM in their third attempt.