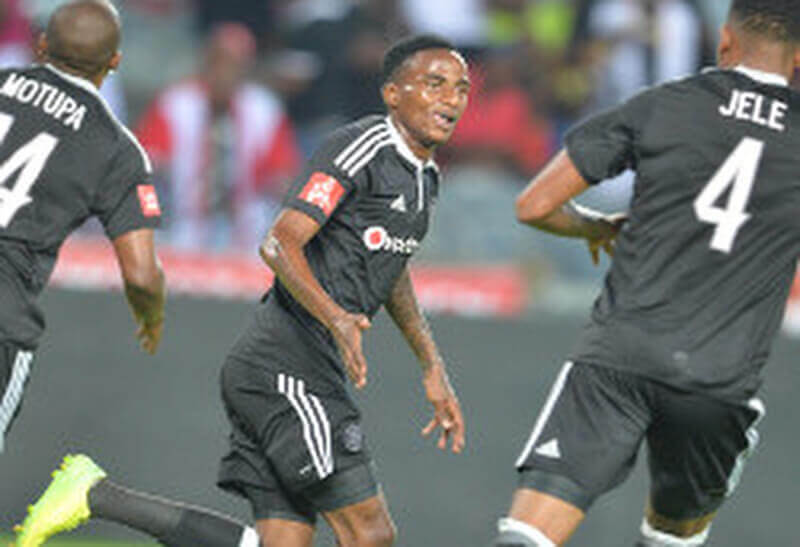 A strike by Thembinkosi Lorch saw Orlando Pirates share the spoils with SuperSport United in the Absa Premiership as they drew 1-1 at Orlando Stadium in Soweto on Tuesday night.

Stuart Baxter's men found the back of the net first through former Pirates development player Thabo Mnyamane before Lorch pounced with 15 minutes left on the clock to level matters.

With a bright start, the hosts nearly broke the deadlock in the second minute when Thamsanqa Gabuza was set free after he received a wonderful through ball, but the forward shot straight at goalkeeper Riyaad Pieterse.

Just after 18 minutes, Mnyamane was given room to move and he unleashed a powerful shot which went inches wide of Brighton Mhlongo's upright.

The Buccaneers were awarded a set piece when Pieterse collided with Gabuza in the 20th minute, but Mpho Makola's effort sailed over the cross bar.

With five minutes till halftime, Kingston Nkhatha produced a brilliant turn in the penalty area, but the big striker saw his well-struck half volley go wide.

The hosts emerged from the tunnel with renewed vigour as Thabo Matlaba delivered a pin-point cross five minutes into the second half in search of Gabuza whose attempt went wide from close range.

Amatsantsantsa A Pitori broke the deadlock in the 55th minute when Mnyamane blasted a powerful shot after a great cross from Jeremy Brockie's which gave Mhlongo no chance..

Mnyamane nearly completed his brace when he received a wonderful pass from Reneilwe Letsholonyane in the 63rd minute, but the forward failed to lower his strike.

An unbelievable miss by Lorch came in the 74th minute when he squandered a perfect opportunity to equalise following wonderful work by Matlaba on the right flank.

However, a minute later the winger managed to make up for his error and made it 1-1 after a scramble in front of goal to cancel out Mnyamane's strike.

In injury time substitute Pirates' Tendai Ndoro missed a free header from close range as he received a great pass from the left wing.

The draw for Kjell Jonevret's men sees them sitting at number 10 on the log table with 23 points from 20 matches in their campaign.