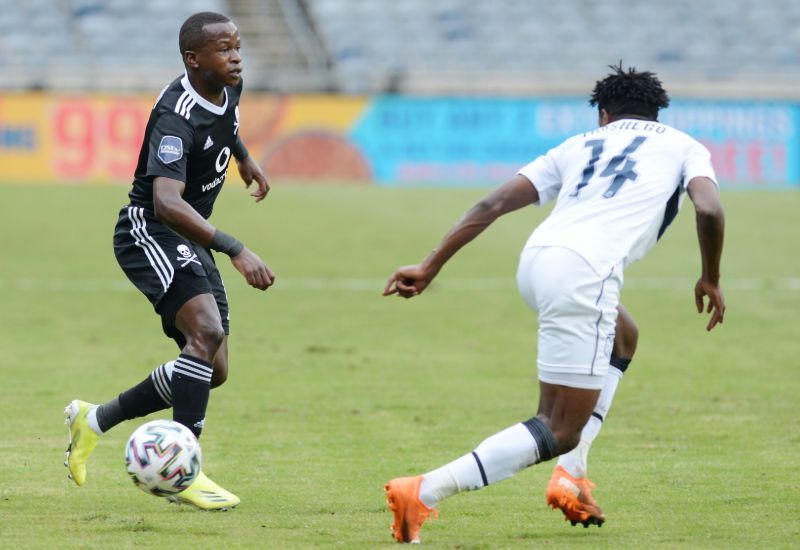 Resuming their league campaign after victory in the Nedbank Cup over the weekend, the fourth-placed Buccaneers went in looking to maintain touching distance on the top three.

They couldn't have hoped for a better start to the first half, as just seconds after the whistle went off for kick-off, Fortune Makaringe laid a brilliant long ball for the lightning-quick Deon Hotto, who finished calmly past Peter Leeuwenburgh for the opener.

The wait for the second goal was not a long one, and it was provided by Vincent Pule, who tapped in from close range from a Thembinkosi Lorch cross just five minutes in.

The man who supplied the pass for the second could have also gotten his own name on the scoresheet in the 21st minute, when he got ahead of the defence, meeting a good ball from Pule at point-blank range. However, Leeuwenburgh showed great reflexes to safeguard his net.

Ofori, who had a relatively quiet afternoon up to that point, was called upon in the 24th minute, when he had to keep out what looked like a goal bound diving header from Taariq Fielies.

Pirates' last real chance of the first half came via a free-kick from just outside the box, taken by Pule, whose low, dipping shot forced a save from Leeuwenburgh.

After clear dominance from the hosts in the first 45, the second half was a lot more balanced, with City getting a few more chances in their pursuit for goals.

However, it could have been 3-0 in the 53rd minute when Hotto was played in by Makaringe, but could not connect with the cross.

The best of the Citizens' opportunity came after a slip-up from Ofori, but the keeper - along with his defence - rallied well to forced Thabo Nodada into a rushed shot, which went over the bar.

Despite their comfortable lead, the Buccaneers continued to create chances in the dying moments of the game, countering well, but could not convert as it remained 2-0 at full-time.