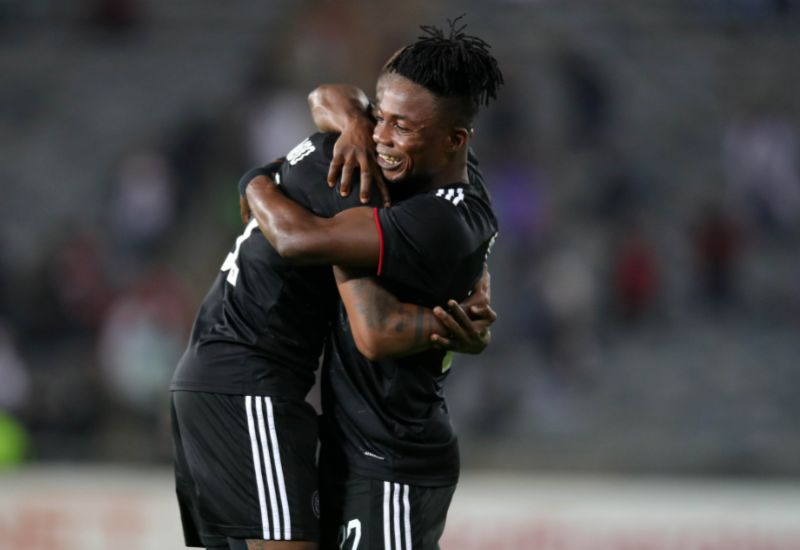 Orlando Pirates secured a spot in the CAF Confederation Cup semifinals after beating Tanzania’s Simba 4-3 on penalties at Orlando Stadium on Sunday night.

Heading into the second leg of their quarterfinal tie 1-0 down on aggregate, the mission for the home side was to overturn the deficit in order to stay and fight another day in the competition.

They enjoyed a bright start to the contest, coming close to opening the scoring four minutes in when Kwame Peprah was denied from point-blank range by Simba keeper Aishi Manula.

The Tanzania international shot-stopper was again equal to the task when he was tested by Deon Hotto from a free-kick just two minutes later.

Another opportunity from a set-piece presented itself to the Buccaneers in the 28th minute, and Hotto was again the man entrusted with dead-ball duties, this time hooking his shot wide of the target.

Opportunities dried up for Pirates towards the end of the first half, with only half-chances presenting themselves for most of the opening period. This was until defender Olisa Ndah came close to opening the scoring with a low shot that brought another save out of Manula.

The start of the second half had a physical element to it, with both sides guilty of some harsh challenges.

Simba found themselves a man short on the hour-mark when Chris Mugalu was sent off for hacking down Ndah.

The Buccaneers capitalised on their one-man advantage almost immediately, as Peprah found the breakthrough in the 60th minute with an expertly-taken header.

They did not take the foot of the pedal, as they continued to search for a goal that would put them ahead on aggregate.

Second-half substitutes Linda Mntambo and Tshegofatso Mabasa both had opportunities from close range, and the Bucs fans at the stadium were left enraged deep into injury time when the hosts’ appeals for a handball were turned down, even after consultation with VAR.

It was left to the lottery of penalties to decide the tie, and the shootout began promisingly for the home side, with Richard Ofori making a fine save to keep out the night’s first spot-kick.

Hotto, Gabadinho Mhango, and Mabasa all converted their penalties, while Shomari Kapombe was responsible for Simba’s only goal after three spot-kicks apiece, with Henock Baka sending his effort crashing to the crossbar.

Meddie Kagere made it 3-2, and the visitors were handed a lifeline when Kabelo Dlamini was denied by Manula.

Mohammed Hussein levelled matters, but Ofori bravely stepped up and converted the final penalty, sending the Buccaneers through to the semis.