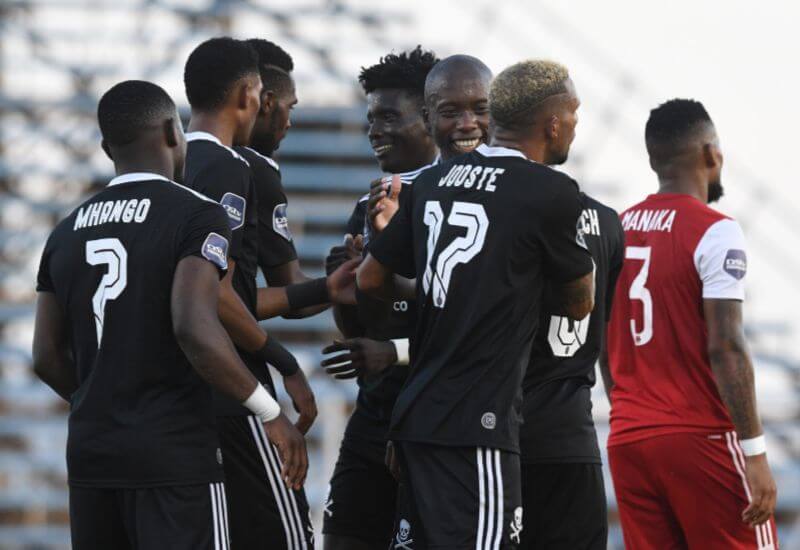 Fresh off a stalemate at home over the weekend, Josef Zinnbauer's men were looking to claim all points on offer on away territory against a side that has proven difficult to beat in their debut top-flight season.

Wayde Jooste and Vincent Pule combined well early on, with the right-back delivering a succession of crosses which the midfielder - returning from suspension - could not direct his efforts into the net.

With intent signalled in the opening exchanges, it took the Buccaneers 16 minutes to make the breakthrough after Pule made the most of a defensive error to set up Deon Hotto, who needed a couple of attempts to eventually bang the ball into the back of the net.

Towards the end of the first half, Gabadinho Mhango was an injury concern as he required treatment on the field, but dusted himself up just minutes later to finish off a swift move from the Buccaneers half to hand his side a 2-0 lead in the 39th minute.

The second half began with the Soweto Giants continuing to boss things, as Pule again connected with a cross, this time from Thembinkosi Lorch, but headed just wide.

The third goal came in the 64th minute, and it was an absolute beauty from Fortune Makaringe, who received a Lorch pass outside the box, and expertly placed it out of the reach of TTM keeper, Washington Arubi.

With three goals in the bag, game management was the name of the game, with the Buccaneers happy to knock the ball around. However, the hosts had other ideas, forcing a couple of good saves from Wayne Sandilands.

The defence held firm as the Soweto Giants claimed their biggest league victory so far this season to jump up to fourth in the standings.