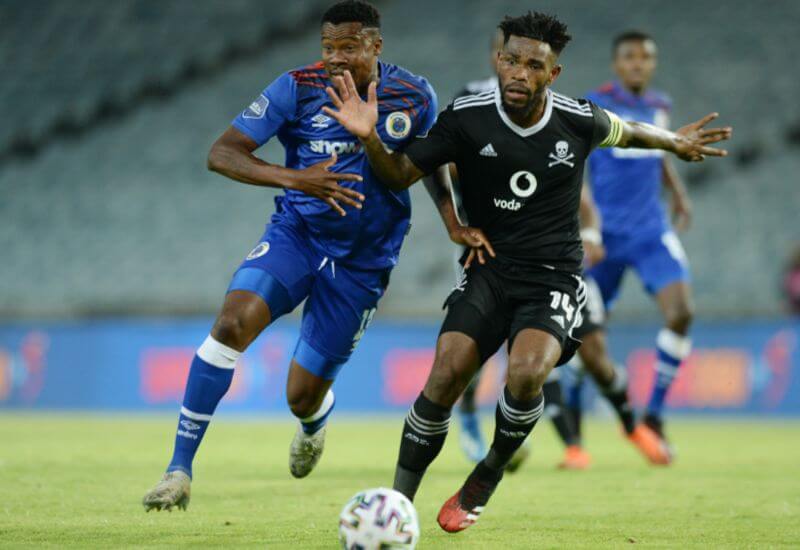 Orlando Pirates made it two wins in as many matches in the DStv Premiership with a 2-1 victory over Supersport United at Orlando Stadium on Saturday evening.

Having just gotten off the mark in the league with victory over Bloem Celtic in their previous outing, the hosts arrived aiming to collect another three points against a side that has had a slight upper hand over them in recent years.

Their work was cut out for them almost immediately after kick-off when Teboho Mokoena capitalised from a defensive lapse to toe one past Richard Ofori for the opener inside the first five minutes.

Trailing, the Buccaneers enjoyed most of the ball possession for the remainder of the first half, but could not break down the United defence, which was happy to sit back and let their opponents come at them.

This meant that the Tshwane Giants maintained their lead heading into the break, but that advantage did not last long into the second half, as Pirates were awarded a penalty just four minutes after emerging from the tunnel.

The man fouled inside the box, Zakhele Lepasa was also the man to step up, taking his time before firing calmly past a diving Ronwen Williams for the equaliser.

The dangerous Bradley Grobler interrupted a quiet period of about 15 minutes with a threatening header which sailed narrowly over the crossbar.

Pirates also had chances at goal, with Nkanyiso Zungu - back from injury - and Ben Motshwari both firing wide from distance.

With ten minutes remaining, coach Josef Zinnbauer hauled off Lepasa for Tshegofatso Mabasa, who was making his first appearance of the season, having also returned from injury.

The move proved to be an inspired one, as the 24-year-old provided the winner with just three minutes remaining.

This was after superb work down the left flank from Innocent Maela, whose never-say-die attitude resulted in a mix-up between Williams and Luke Fleurs, allowing Mabasa in for a tap-in.

There was not enough in the tank for United to find the equaliser, as the Buccaneers marched on with their fourth straight win across competition, and an all-important three points, which places them at the top of the standings.