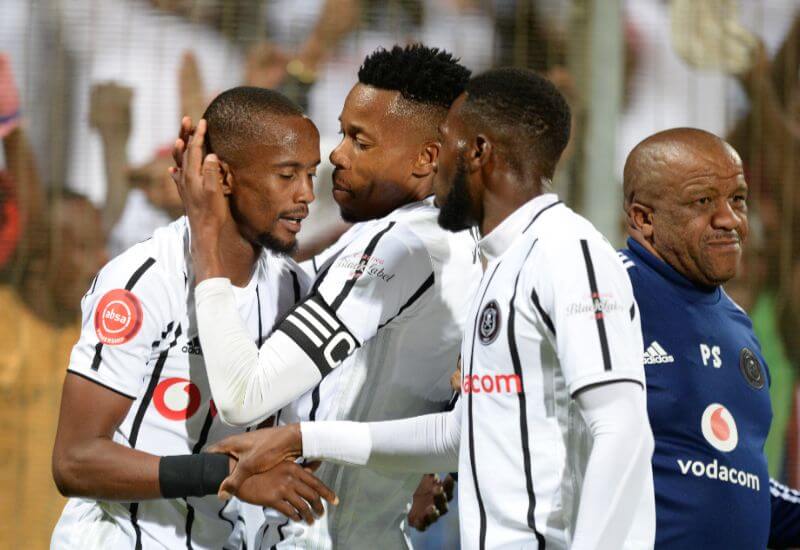 Orlando Pirates returned to the top eight of the league standings with a crucial three points against Highlands Park, whom they beat 1-0 at Makhulong Stadium on Tuesday night.

The Buccaneers had slipped down to the bottom half of the table after defeat over the weekend, and were seeking a way back to winning ways ahead of a frantic week ahead.

The opening 10 minutes saw the hosts enjoy most of the possession, in a game that started without much incident, until Tshegofatso Mabasa earned himself a caution with a harsh challenge on Lindokuhle Mbatha.

The very next bit of action was, however, more positive for Pirates, who got close to opening the scoring through Vincent Pule, whose looping header landed on the roof of the net.

Wayne Sandilands, who had been pretty much untested until the half-hour mark, found himself to be the busiest player on the field in a five-minute period where his goal came under siege from swarming red shirts.

However, the veteran goal minder came out of it unscathed, pulling off a couple of saves while also aided by his defenders, who made several crucial blocks.

The last action of the first half was another close shout for Pule, who again failed to find the radar with his header.

The Buccaneers' first shot on target came soon after the restart of the second half, and it was through Linda Mntambo, whose half volley from outside the box met a ready Thela Ngobeni.

The next to try his luck was Justin Shonga, who unleashed an angled shot which flew across the face of goal, but not far from the target.

The situation called for a sharp-shooter, and Mabasa would step up eventually - with ten minutes remaining on the clock - latched on to a through ball from Mntambo to toe past Ngobeni for his fifth of the season.

The rest of the contest was about protecting the lead for Pirates, and that mission succeeded as they secured only their third league win of the season.