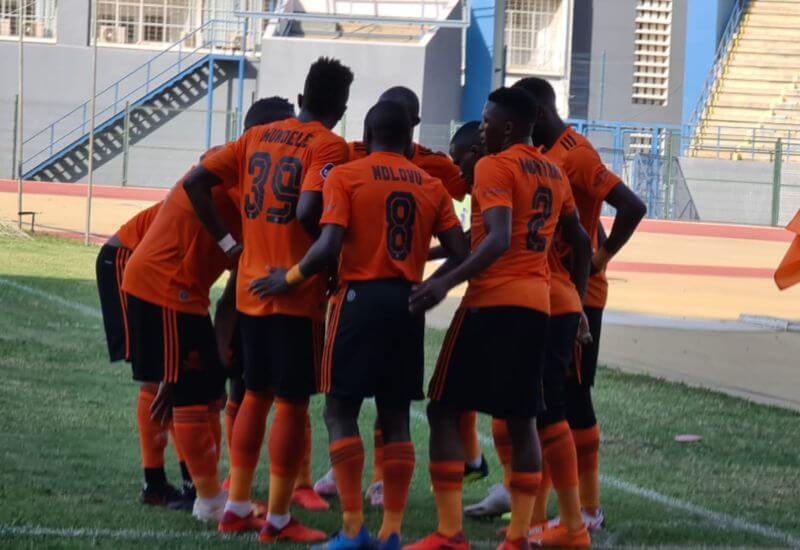 Orlando Pirates walked off with a crucial away win in the second preliminary round of the CAF Confederation Cup, beating Angolan outfit Sagrada Esperança 1-0 in Luanda on Tuesday afternoon.

In what was the Buccaneers' final fixture for 2020, several changes were made to the team that did duty in the league the last time out. The likes of Gabadinho Mhango, Bongani Sam and Siphesihle Ndlovu all returned to the starting lineup, while Jean-Marc Mundele was named on the bench for the first time since joining the Club.

The visitors enjoyed some periods of dominance in the first half, with the best chance early on falling to Fortune Makaringe, who sent a shot through with high velocity, forcing the keeper into a save.

The midfielder was again in the thick of things as Pirates looked to finish the first 45 minutes in the lead, and was one of three players who took a shot at goal in one swift attack, along with Mhango and Thembinkosi Lorch. However, there were enough men in green behind the ball to block out the danger on each occasion.

Mundele made his Buccaneers' debut on the halfway mark, coming on for Mntambo, while Thabiso Monyane replaced Wayde Jooste.

The second half began with the same intensity, but it would take until the 74th minute for the deadlock to be broken. The breakthrough came via Lorch, who registered his third goal of the season.

Despite relentless attack from the hosts, the solitary goal proved enough to hand the Buccaneers the advantage going into their home leg in early January.