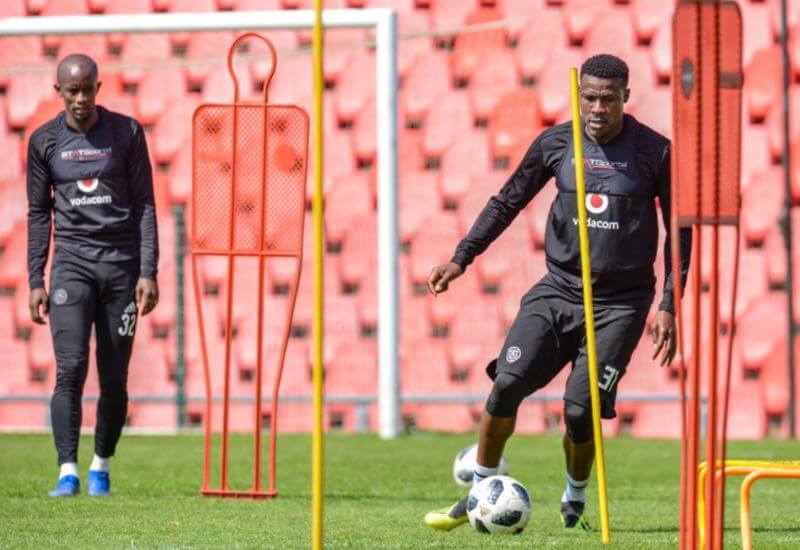 Orlando Pirates are through to the next round of qualification to the Group Stages of the CAF Champions league after a 3-1 victory over Light Stars FC in the Seychelles.

Following a commanding 5-1 win at Orlando Stadium last week, the Buccaneers progress to the next round with an 8-2 aggregate win and will face the winner of the match between African Stars of Namibia and Volcon de Moroni of the Comoros.

The match started positively for the Mighty Buccaneers, who played at high tempo in search of an early goal to build on from their first leg exploits. Playing on an artificial surface at the Amitie Stadium, the visitors were rewarded as early as the 11th minute when Linda Mntambo combined neatly with Kudakwashe Mahachi to fashion an opening and fire the Soweto Giants into the lead.

With the pressure now squarely on the home side, the Buccaneers maintained possession of the ball and looked to apply the squeeze, but Stars kept a good defensive resolve and forced the balance of play back into the midfield. Pirates came close to extending the lead with their first corner after 30 minutes, but the defence held until both sides went into the break with the Bucs holding a solitary goal advantage.

The second half continued much in the same way as the first, with the Buccaneers in full control of proceedings. Stars had it all to do as they looked to get back into the game but their hopes were dashed when Thamsanqa Gabuza made it 2-0 on the hour mark, after combining with Mntambo and Thabo Qalinge to pry open the hosts’ rearguard.

It would only take a further nine minutes before Abel Mabaso opened his Orlando Pirates account when he was well placed to finish after the goalkeeper fumbled a Gabuza strike.

Light Stars would eventually pull back a consolation goal in the 84th minute when the Buccaneers failed to defend a corner, and this would be the last action of the game as the referee blew time on proceedings.

The Buccaneers depart from the Seychelles immediately, and will arrive in Johannesburg at midnight.

The next fixture for Orlando Pirates will be in the Telkom Knockout Final when they take on Baroka FC on Saturday at the Nelson Mandela Bay Stadium in Port Elizabeth.