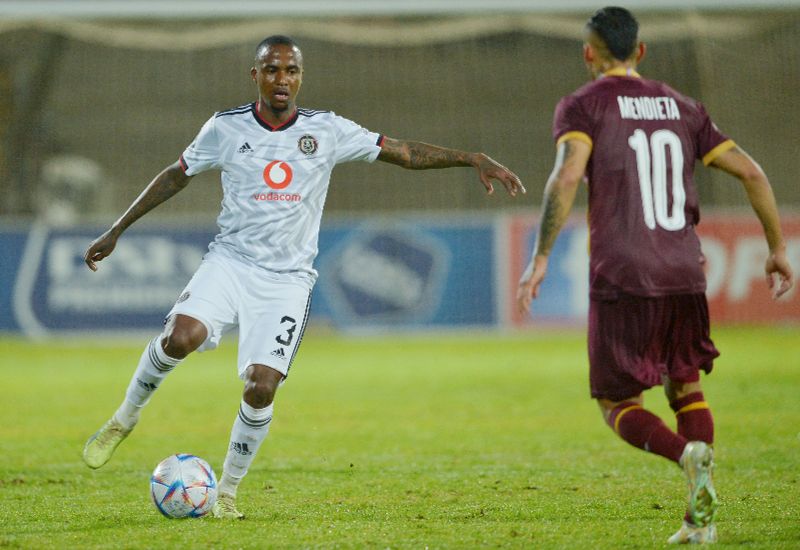 A goal in either half ensured a share of the spoils at Danie Craven Stadium, where Orlando Pirates played to a 1-1 draw away to Stellenbosch in their DStv Premiership fixture on Wednesday night.

A total of four changes from the team that lined up for the season opener were made by Coach Jose Riveiro, who brought in Tebogo Tlolane and Bandile Shandu - both unused subs at Orlando Stadium over the weekend - while Olisa Ndah and Ben Motshwari were handed starts after coming on from the bench in that fixture.

With underfoot conditions, the Buccaneers initially struggled to assert themselves on their opponents, who conjured up better opportunities going forward in the opening exchanges.

Stellenbosch fullback Fawaaz Basadien was afforded a chance in the ninth minute as he pounced on some miscommunication from the Bucs defence, but pulled his shot just wide of the target.

Pirates had their best opportunity of the first quarter 18 minutes into the encounter following a set-piece, where Kabelo Dlamini’s ball into the penalty area landed on the path of Thembinkosi Lorch, whose stinging shot fizzed past the near post.

Seven minutes later, the home side could have taken the lead from a corner-kick as the ball evaded all the Bucs players inside the box except for Captain Innocent Maela, who made a brilliant clearance off the goal line to keep things scoreless.

The men from the Cape Winelands continued to enjoy a decent spell on the ball during the middle period, with substitute Antonio van Wyk getting on the end of a couple of opportunities, only to fluff his lines each time.

The breakthrough came moments before the halftime whistle, and it was at the other end where new Pirates signing Nkosinathi Sibisi showed his aerial prowess to head in from the near post following a corner, giving the visitors a slight advantage heading into the tunnel.

It took only nine minutes into the second half for Stellenbosch to get into the scoresheet, with Junior Mendieta’s header levelling matters in the 54th minute.

Two shots from the boot of Goodman Mosele just outside the box could have restored Pirates’ lead, with the midfielder’s second effort especially unlucky as the ball caught a deflection inside the penalty area when it looked destined for the top corner.

With the clock winding down, the Buccaneers introduced fresh legs with debutant Miguel Timm among those injecting some much-needed energy to proceedings, along with Thabiso Monyane.

It was the latter who came the closest to making a telling contribution shortly after coming on, making a trademark marauding run down the right side of the field, only to hook his shot just over the crossbar.

Despite an improved second-half showing, the Buccaneers could only manage a single point in the end as the two sides played to their fourth league draw since their first encounter.

Sibisi Happy to Get Off the Mark