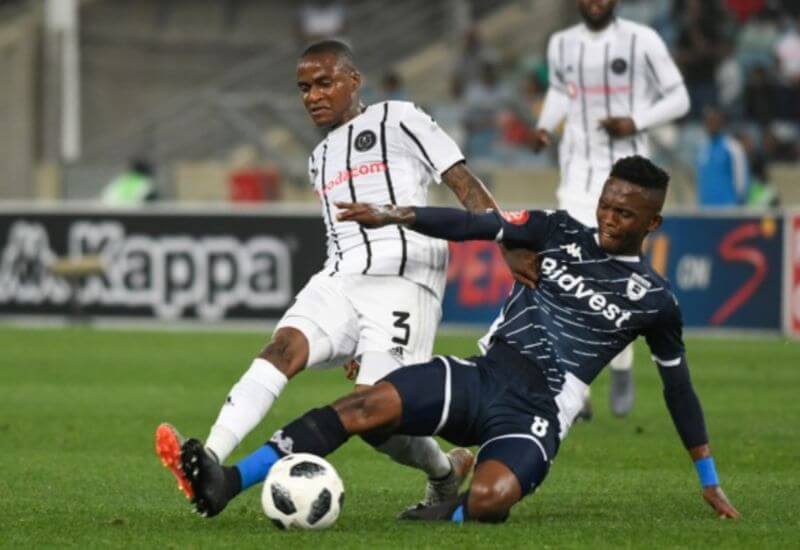 Orlando Pirates fell on the wrong end of an enthralling Absa Premiership encounter, as they lost 4-3 to Bidvest Wits at the Moses Mabhida Stadium on Saturday evening.
The two Gauteng outfits were in Durban for this particular clash, which provided non-stop fireworks throughout the 90 minutes.
It was a nightmare start for the Buccaneers, who conceded a free-kick at the edge of the box inside the first minute, with Musa Nyatama colliding with Terence Dzvukamanja.
The foul would prove costly as Deon Hotto bamboozled Joris Delle from the set piece. The Frenchman was left motionless as the winger bagged his third for the season.
This prompted an immediate response from Pirates in the form of a surge forward, with Fortune Makaringe getting close with a long-range effort which was tipped over the bar by Brandon Peterson.
Another wave of attack followed, and it culminated with Tshegofatso Mabasa's header sailing wide.
The striker had another opportunity in the 26th minute when he fired on goal, but a fortuitous block from former Buccaneer, Sameegh Doutie sent the ball out for a corner. Mabasa's persistence paid off near the stroke of halftime, as he delivered yet another expert finish to grab the equaliser after receiving a pass from Xola Mlambo.
The second half saw Wits making a change, bringing on Brighton Mhlongo for the injured Peterson, but the real impact would happen up front with Hotto proving to be a menace. The Namibian international added an assist to his earlier goal, when he set up Mxolisi Macuphu for Wits' second of the night.
There was no long wait for an equaliser this time as Mhango, who had been in for only a few seconds, found Nyatama, who put Pirates level in the 58th minute.
As it would turn out, four goals on one night were not enough, and perhaps the best strike came of the day came from Cole Alexander, who wrestled the lead back Wits way with a volley from outside the box, making it 3-2.
The hosts would stretch their lead through Phathutshedzo Nange, who had just come in, only for the Buccaneers to pull one back immediately, with Mhango getting his name on the scoresheet.