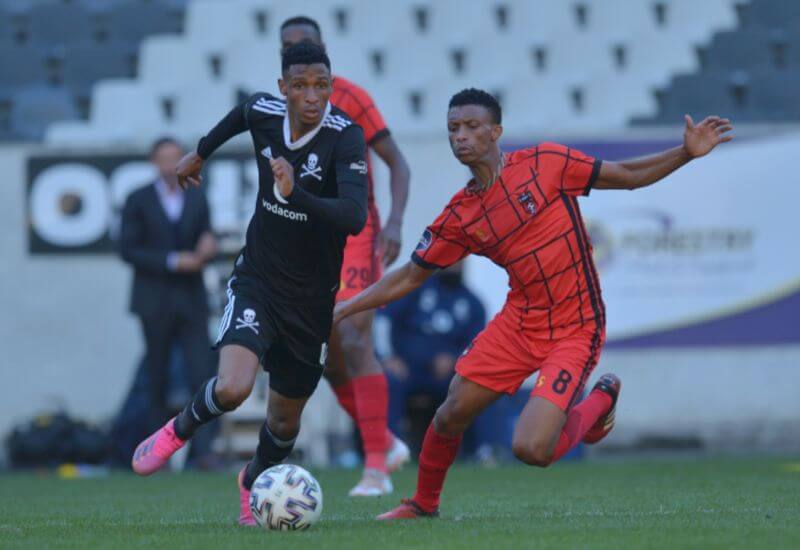 Orlando Pirates fell on the wrong side of a 1-0 result in their DStv Premiership clash against TS Galaxy at Mbombela Stadium on Sunday afternoon.

Coming to the fixture with nine points up for grabs in the remainder of the league campaign, the Buccaneers were looking to maximise their chances of finishing as high as second place, with the title already decided.

However, a couple of first-half setbacks meant that they would have an uphill climb in their bid for a positive result on the road.

The first was an early goal from the hosts, who took the lead through Masilakhe Phohlongo, who headed in for the opener in the third minute.

Later on in the first 45, midfielder Abel Mabaso was cautioned for a harsh tackle, and his misdemeanour would haunt him on the half-hour mark when he picked up a second yellow, leaving Pirates with ten men.

Galaxy did not enjoy their numerical advantage for long, as they too were reduced to ten men, with Given Msimango receiving his marching orders after receiving a second yellow on the stroke of halftime.

The second half was all about the Buccaneers chasing the equaliser, while the Rockets were happy to hang back and await a chance to counter.

The first significant chance at goal in the half fell to striker Gabadinho Mhango, who was played in nicely by Deon Hotto before being denied by Galaxy keeper, Marlon Heugh.

Eleven minutes after the restart, Wayde Jooste drew another vital save from Heugh when he cut inside to unleash a long-range shot.

Despite enjoying most of the possession, the Buccaneers continued to endure a frustrating afternoon, with the home side clinging on for all three points in the end.