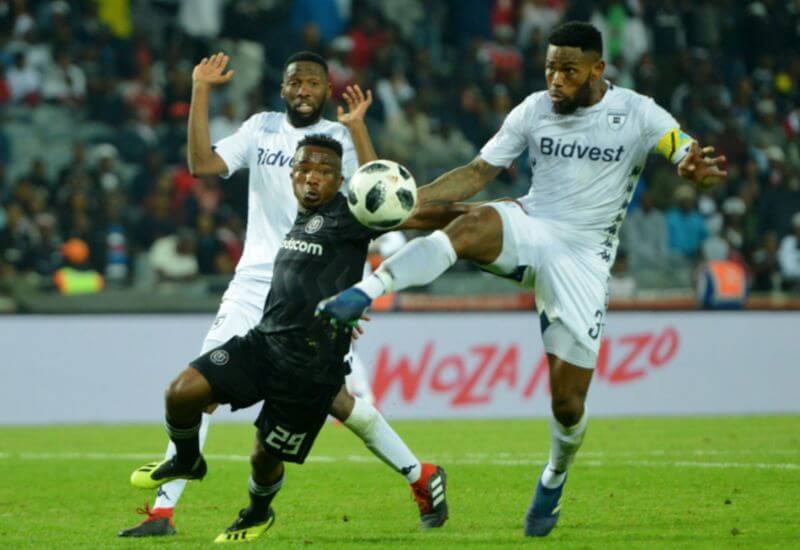 For all the possession and dominance in play, Orlando Pirates left the match empty handed after an own goal by Gladwin Shitolo secured all three points for log leaders Bidvest Wits in an Absa Premiership match played at the Orlando Stadium on Wednesday night.

If there was a lesson the Students taught the hosts tonight, it’s that for all the beautiful football a team plays, the only stat that really matters in the Beautiful Game, is the Goals Scored column.

After three matches played so far this season, the Buccaneers have one win, a draw and a loss despite dominating all three encounters.

Wits created the first clear scoring chance of the match, with a 12th minute move seeing Deon Hotto pick out Mxolisi Machupu on the edge of the penalty area, but his goal-bound effort was tipped over the crossbar by Siyabonga Mpontshane.

On 25 minutes the Clever Boys created another chance, with a route-one ball allowing Gift Motupa the chance to open up space for a shot, but he sent his effort over the target.

Pirates gradually began to assert themselves but struggled to find a way past Wits’ defence. Yet in the 43rd minute the visitors’ Sifiso Hlanti made a terrible error which resulted in Justin Shonga finding himself one-one-one with Darren Keet, only to fail in his attempt to beat the goalkeeper.

Pirates attacker Augustine Mulenga did not emerge for the second half after suffering an ankle injury and the hosts replaced him with Thamsanqa Gabuza.

The Buccaneers nearly claimed the lead in the 54th minute, with former Wits man Vincent Pule breaking into space in the middle of the park before unleashing a long-range effort which had the beating of Keet but rebounded off the upright.

The hosts looked more likely to score through the second half, though they were restricted to long range efforts such as those by Shonga and Xola Mlambo which were well struck but failed to find the target.

Against the run of play, Wits claimed the lead in the 80th minute. Substitute Haashim Domingo broke free down the right of the penalty area and sent in a low cross which took a wicked deflection off defender Shitolo to beat Mpontshane at his near post.

Pirates looked for an equaliser as the minutes ticked down and substitute Paseka Mako sent a powerful left-footed effort over the bar in the 88th minute.

Next up for Pirates is an away clash against another side that hasn’t yet tasted defeat, Bloemfontein Celtic, whom they play on Sunday afternoon.