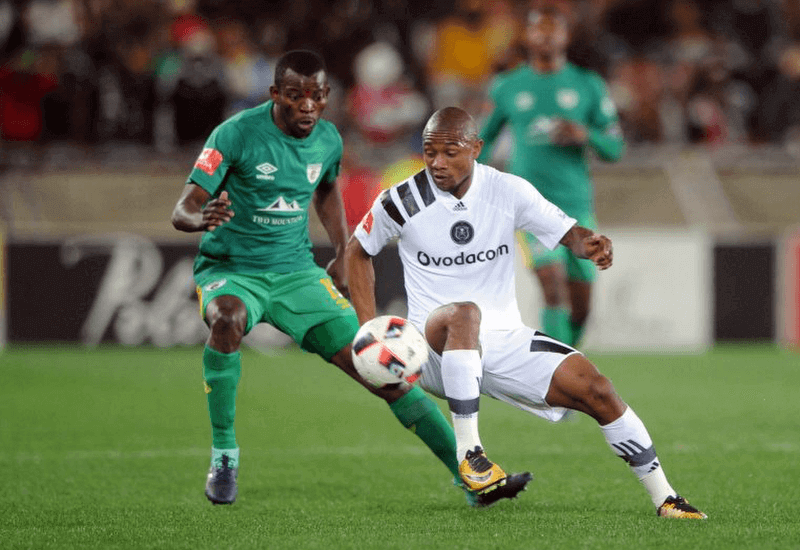 Orlando Pirates and Baroka FC played to a 1-1 draw in an Absa Premiership clash at the Peter Mokaba Stadium on Tuesday evening.

Thabo Qalinge's goal gave the Buccaneers a slender lead at halftime. An advantage that would be cancelled out by Abdi Banda as the two teams played to a third successive 1-1 stalemate in head-to-head league tussles.

Chances were few and far between in the opening exchanges, in what was a cagey affair for large parts of the encounter.

It would be the visitors to register the first real chance with 24 minutes on the clock. Innocent Maela teed up Thamsanqa Gabuza for the winner this past weekend, and the two linked up once more.

Maela with the pin-point cross to pick out the burly forward, but Gabuza - this time - failed to get sufficient connection on the ball.

Qalinge, though. would prove more efficient in-front of goal in the 41st minute. Mpho Makola's cross expertly guided past the outstretched Virgil Vries by 'Section' who ghosted unmarked into the area.

The hosts were forced into two substitutes before the interval and by 47 minutes they had used all three. Siphelele Ntshangase making his way off the bench for his Bakgaga debut.

Punch Masenamela tried his luck from range in the 69th minute with Baroka a different beast in the second stanza, but Wayne Sandilands was well positioned to gather with ease.

Ntshangase made a quick impact with his vision opening space for Sipho Moeti, who could only see his resulting shot saved by Sandilands.

Baroka would level matters in the 73rd minute through Banda. The Tanzania international with a towering header from a corner-kick to send the home fans into delirium.

Both teams pressed for the winner with Thabiso Kutumela missing a late chance for the Sea Robbers. The former Baroka forward seeing his low drive straight at Vries with what was the final kick of the game.