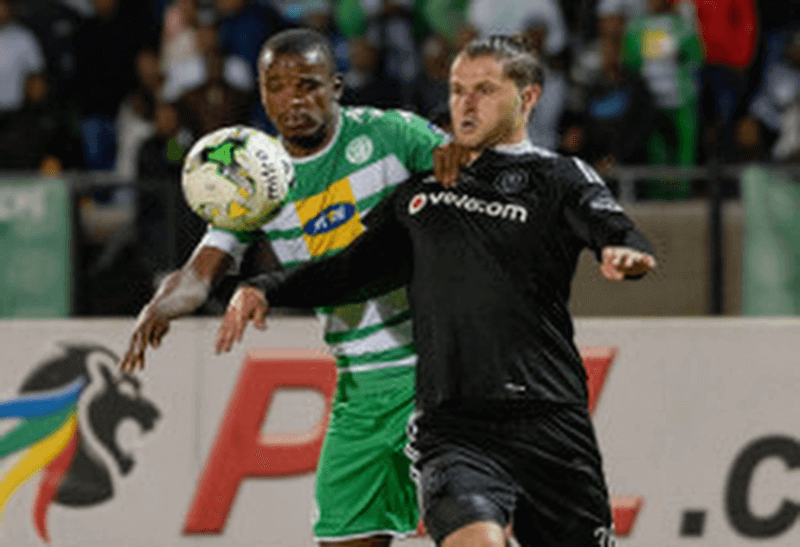 Bloemfontein Celtic and Orlando Pirates played to a goalless stalemate in their Absa Premiership clash at Dr Molemela Stadium on Wednesday evening.

In an encounter which never truly ignited, the Buccaneers enjoyed more scoring chances, though Phunya Sele Sele hit the woodwork and finished the stronger of the two teams. The former remain outside of the top eight, while the latter have maintained an acceptable buffer to the relegation zone.

The first clear chance of the match went the way of Pirates in the 16th minute, with Dove Wome showing superb technique to control a long ball and outsmart Alfred Ndengane, but he couldn’t beat Patrick Tignyemb with the subsequent shot.

Four minutes later Musa Nyatama so nearly opened the scoring in favour of Celtic. The attacking midfielder let fly with a long-range effort which had the beating of goalkeeper Jackson Mabokgwane, but rebounded off the upright.

The game went into a lull after that until the Buccaneers created another great chance in the 40th minute, with Tendai Ndoro attempting an acrobatic volley which flew over the crossbar when Mpho Makola was far better placed to attempt a strike on goal.

Three minutes later the Soweto side threatened again when Wome got a shot away from just outside the box, which was saved by the fingertips of Tignyemb, while Lyle Lakay soon had an effort at the other end of the field which he sliced wide of the mark.

The second half saw fewer clear scoring chances, prompting both teams to make changes in attack around the 70-minute mark. Celtic brought on Tshegofatso Mabaso and Kabelo Mahlasela, while Pirates introduced Thamsanqa Gabuza and Riyaad Norodien.

Gabuza soon had an effect on the game as he was gifted a chance in the 76th minute, but he was denied by an unorthodox save from Tignyemb. That proved to be the last notable highlight in attack as the teams settled for a draw.