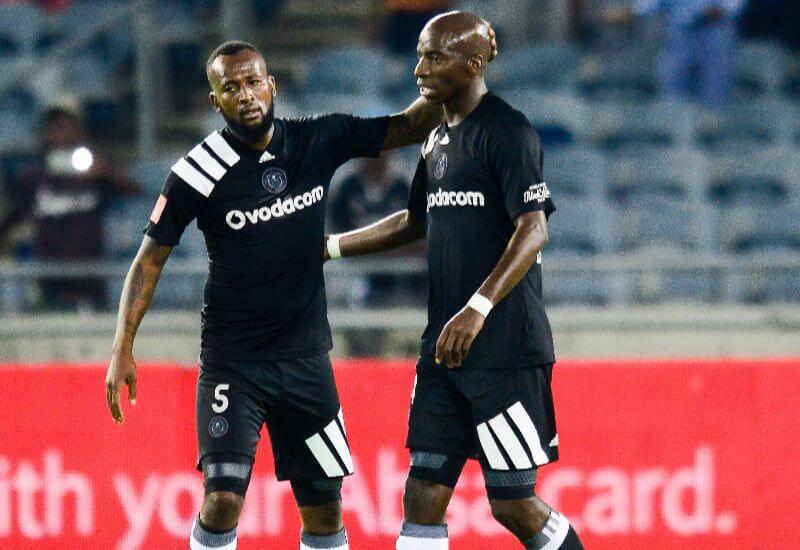 Defender Ntsikelelo Nyauza scored at both ends of the field as the Absa Premiership clash between Orlando Pirates and Amazulu ended in a 1-all draw on Saturday evening.

Nyauza handed Usuthu the lead with an own goal before redeeming himself by netting the equaliser.

Pirates made the most of their attacking play in the opening quarter, with their best moment a well-struck shot from impressive forward Thabiso Kutumela which he sent just wide of Boalefa Pule’s left-hand upright in the 20th minute.

But three minutes later AmaZulu claimed the lead against the run of play: a cross from the right flank by Mhlengi Cele caused all kinds of strife in the Buccaneers defence and was unwittingly directed into his own goal by Ntsikelelo Nyauza.

Yet the defender atoned for his error in the 35th minute by bringing Pirates level. A mistake at the back from AmaZulu allowed Luvoyo Memela a sight of goal, and his effort was deflected onto the woodwork by Pule, only for Nyauza to turn home the rebound and make it 1-1.

Usuthu almost reclaimed the lead late in the first half when a cross from Rhulani Manzini was fumbled by Jackson Mabokgwane, but Siyethemba Mnguni was unable to capitalise as he sent his close-range effort wide of the mark.

The Durban side also had the first attacking highlight of the second half with striker Manzini firing a shot through the legs of Gladwin Shitolo just wide of the target in the 59th minute.

Midway through the half Pirates tested Pule when Justin Shonga shot on target from the edge of the box but the keeper easily tipped the ball over the top for a corner kick.

Memela then shot straight at Pule when presented with a one-on-one chance in the 74th minute, as the Buccaneers continued to dominate the game but wasted their scoring opportunities.

It was a similar theme through the remainder of the match: Pirates attacked relentlessly, but AmaZulu - thanks as much to good defending as their opponents’ ineptitude - held them at bay to secure a share of the spoils.

In fact, Usuthu almost snatched all three points right at the death when Sduduzo Dlamini rattled the crossbar with a long-range effort.